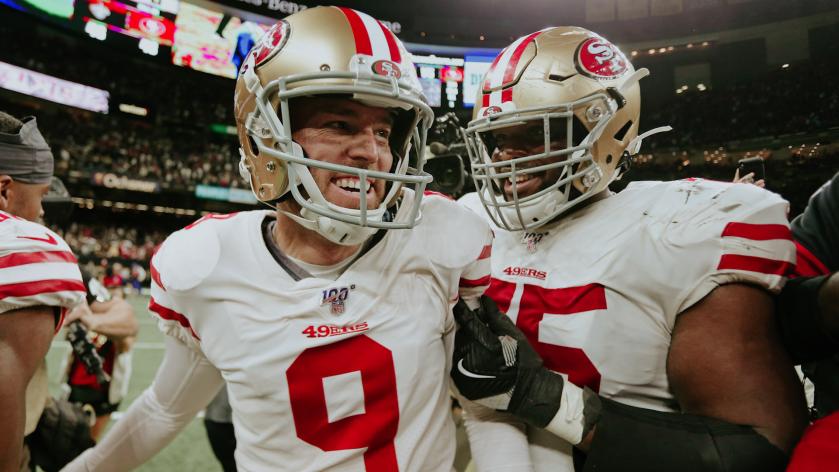 Robbie Gould’s Rough Day Will Not Impact 49ers’ Decision on His Contract.

But the finances of the NFL have changed since the sides agreed on a four-year, $19 million contract before the start of training camp in 2019.

The salary cap could drop by $20 million per team due to the revenues lost as a result of the COVID-19 pandemic.

The 49ers must make a decision by Saturday whether to pick up, in essence, the final two years of his contract. Gould is the second-highest paid kicker in the league behind Baltimore’s Justin Tucker.

Gould had one of his worst days as a pro in the 49ers’ 20-12 victory over the Arizona Cardinals on Saturday. He sliced an extra point and a 41-yard field goal attempt wide right. Then, he hooked a 37-yard attempt to the left.

Each of those misses left the door open for the Cardinals to remain in the game.

But coach Kyle Shanahan answered emphatically when asked if Gould’s struggles would factor into the 49ers’ contract decision.

“No, you have to look at the body of work with Robbie, and Robbie has been unbelievable since he’s been here for us,” Shanahan said. “He’s had an unbelievable year this year.

If the 49ers pick up the option, they will guarantee half of his scheduled $4.5 million salary for next season, then another $2.25 million on his 2022 salary becomes guaranteed on April 1.

If the 49ers chose not to pick up the option, he will kick for the 49ers on Sunday against the Seattle Seahawks, then he would be scheduled to hit the open market in mid-March as an unrestricted free agent.

Gould has made a number of big kicks, including game-winners against the New Orleans Saints last season and another as time expired at the Los Angeles Rams last month.