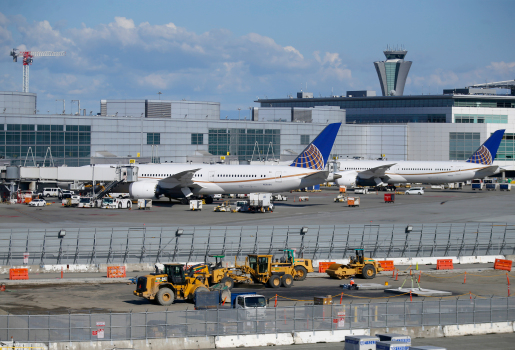 United Airlines, Postmates, VMware and Gilead Sciences are among the firms that have warned state labor officials of upcoming employment cutbacks at their Bay Area facilities.

The furloughs are slated to begin by April 1 and should be fully implemented by April 15, Kate Gebo, United Airlines executive vice president of human resources and labor relations stated in a letter to the state Employment Development Department.

“Based on current demand, while we are hopeful the reductions for our frontline coworkers will be temporary, we presently anticipate that they will last six months or longer,” Gebo wrote.

United Airlines said it was able to return some workers to their jobs after the federal government approved a new law called the Payroll Support Program. That program enables United Airlines to keep workers on the payroll through March 31.

But coronavirus-linked uncertainties have kept the fundamental economics of air travel bleak, the air carrier warned. “Demand has not changed much since (the workers’) return,” Gebo wrote in the WARN notice.

Among the other layoffs recently disclosed:

— Gilead Sciences is laying off 179 workers, effective May 30, in Foster City. The biotech firm also is shifting workers in some administrative operations from Foster City to North Carolina.

— VMware is cutting 107 jobs, effective March 30, in Palo Alto. The reductions are slated to occur at the company’s Hillview Avenue offices in the  Stanford Research Park.

“We anticipate that these changes will be permanent,” Sean McConnell, a VMware corporate counsel, wrote to the EDD. “However, the entire facility will not be closed.”