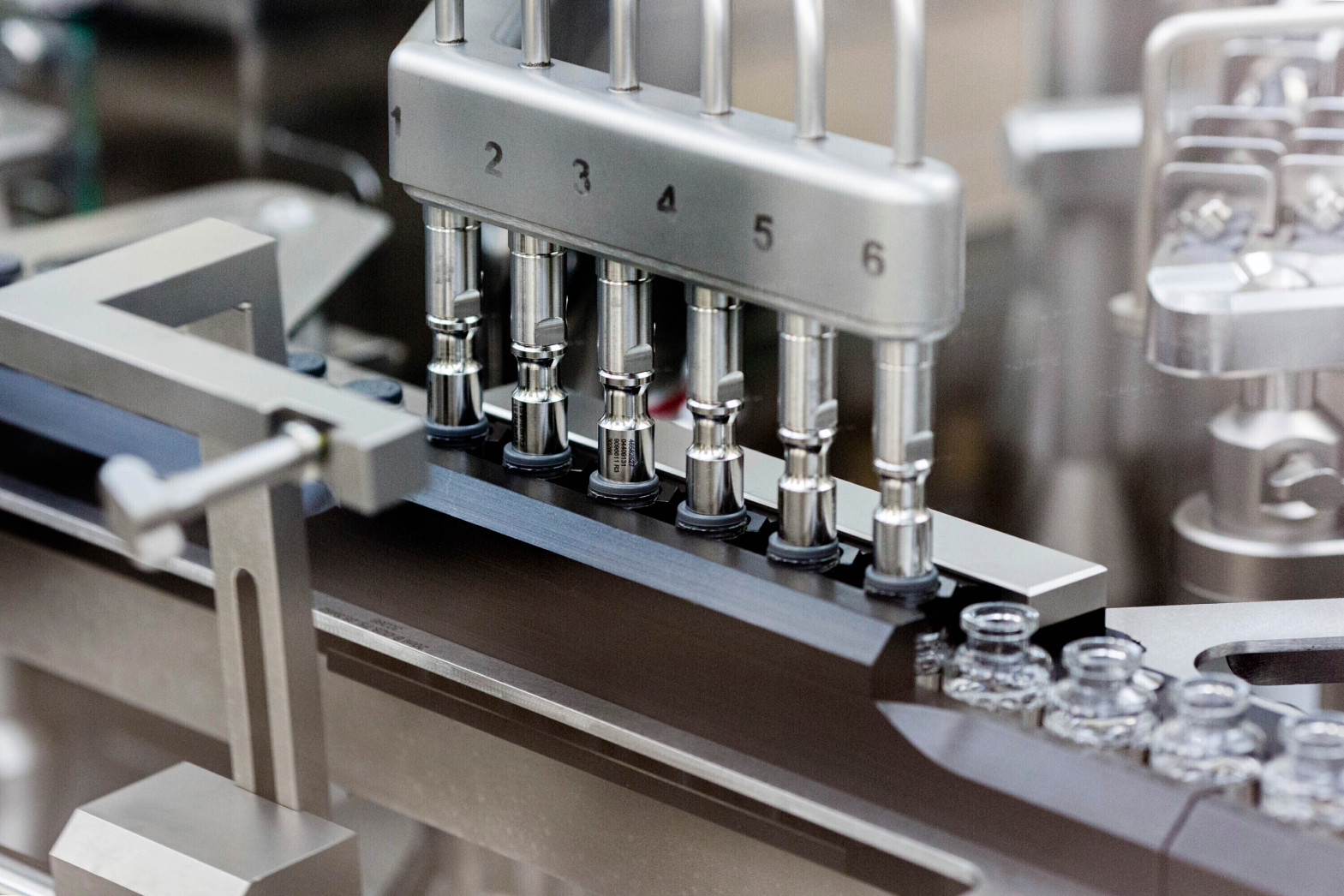 Might protection from COVID-19 be found in drugs as simple as pseudoephedrine and arthritis medication? Flaxseed and turmeric extract? Fish oil, ibuprofen, nasal spray, Vitamin D?

Hopes are high that therapeutics might be hiding in plain sight in the medicine cabinet, but evidence remains sparse as research continues. One year into the pandemic, the U.S. Food and Drug Administration has approved just one drug to treat COVID-19, and its effects are modest. A few others, which mimic the work of natural antibodies, have received emergency use authorization, but those aren’t slam-dunks either.

So behind the scenes, with deaths mounting and clocks ticking, researchers work “with an intense sense of purpose” to investigate myriad compounds that might tamp down disease.

The treatment piece of the pandemic puzzle hasn’t captured the public imagination — or as much of the public purse — as has the space-race for effective vaccines. While the quest for therapies has suffered for the lack of laser-focus and high-level organization that propelled shots so swiftly into arms, developing therapeutics that can tame COVID-19 is vital to saving lives, researchers say. Millions won’t have access to vaccines for many months — or longer. Some can’t, or won’t, get vaccinated. A tiny fraction of vaccinated folks might not respond to the jabs.

And many expect COVID-19 to be with humanity forever.

“We’re on the lookout for therapeutics to help people who aren’t sick enough to go to the hospital, which is the vast majority of people who get COVID,” said Prasanna Jagannathan, infectious disease specialist at Stanford Medicine and assistant professor of microbiology and immunology.

Most patients recuperate at home without much drama, but an alarming number  — assumed to be well on the road to recovery — were suddenly slammed with crushing waves of symptoms that the phenomenon got a name: “The second-week COVID crash.”

“We saw what happened with this recent surge,” said Judith S. Currier, chief of UCLA’s Division of Infectious Diseases in the Department of Medicine. “When people are diagnosed as outpatients, they’re told to stay home and wait to see if they get sick. We have some idea of which people are at higher risk of getting very sick, of who needs to be in the hospital — but it’s not perfect.”

The tricky part of finding a drug that works early in the infection cycle has been finding enough people with fresh COVID-19 diagnoses — long before there’s a “crash” or need for hospitalization — to participate in well-designed studies of drugs that might forestall the virus’ progression.

“Our study mantra is, ‘Rise above COVID,’ ” said Currier, who’s also chair of the global AIDS Clinical Trials Group, which is leading some COVID trials for the National Institutes of Health. “The whole idea is to bring people together to contribute to finding the answers. We encourage people to think about how they can help advance science — it’s something they can do. We need to be prepared for the future. Participants have found the process really rewarding and we are so grateful for their contributions.”

“It’s all hands on deck,” said Sarah Doernberg, associate professor in UCSF’s Division of Infectious Diseases, medical director of Adult Antimicrobial Stewardship at UCSF Medical Center and site investigator for the trial. “Many scientists have pivoted their focus from whatever they were doing — which was probably not studying coronaviruses — to focus on identifying treatments and understanding the immune response. That piece has been really inspirational to see.”

Today, there are few tools in the toolbox.

“Unfortunately, that’s one area where we’ve not made that much progress,” said Edward Jones-Lopez, an infectious diseases expert at Keck Medicine of USC. “Typically, for other diseases, treatments are developed first, then vaccines follow later. It happens that, for this, the reverse is true.”

The anti-viral remdesivir is the only drug formally approved by the FDA thus far to treat COVID-19, but it’s aimed at hospitalized patients. It can interfere with the virus’ reproduction and may reduce hospital stays by a few days, but it is not a cure.

Eight more tongue-twisting drugs have received emergency use authorization from the FDA — which allows them to be used before their effectiveness has been proven in large-scale, randomized clinical trials — but none appears to be a home run, either. They range from the monoclonal antibodies casirivimab and imdevimab, lab-made proteins that mimic the immune system’s ability to fight off harmful pathogens, to baricitinib, an oral tablet used to treat rheumatoid arthritis by blocking enzyme activity leading to inflammation.

The World Health Organization “strongly recommends” that corticosteroids — such as dexamethasone, hydrocortisone or prednisone — be given orally or intravenously to patients with severe and critical COVID-19. Those can tamp down immune system over-reaction to the virus, which has been linked to many deaths.

“For monoclonal antibodies, we have data from multiple studies that suggest they cut down the risk of progressing to severe disease by about two-thirds on average, given early in the course of COVID-9, to patients with symptoms but not yet with severe disease,” said Saahir Khan, infectious disease specialist and principal investigator of USC’s Keck Medicine trial site.

“That’s extremely encouraging. The caveats are that some of the new variants of COVID-19 may reduce the activity of antibodies against them, and there are pretty significant logistical challenges. They have to be given by IV and monitored in a hospital-type environment.”

Getting COVID-19 positive patients who don’t feel great and just want to curl up in their warm beds out of the house and over to medical sites for intravenous infusions hasn’t been easy. UCLA has revamped storage pods into private infusion booths to ease the way.

“None of these is a silver bullet,” Khan said.

But the search for a silver bullet, or several, continues.

More than 600 drug development programs are in planning stages, and 420 trials have been reviewed by the FDA. Scientists are combing electronic health records to see which commonly-used drugs — like the ones in your medicine chest — could be linked to better COVID-19 outcomes for patients.

The search began in April, when the National Institutes of Health launched the Accelerating COVID-19 Therapeutic Interventions and Vaccines (ACTIV) initiative, a public-private partnership to speed development of the most promising treatments and vaccines. Since then, researchers have evaluated hundreds of therapeutic agents and are trying to find agents that can do the work via a pill or inhaler, and not just by intravenous infusion.

Among those in the pipeline is Synairgen’s SNG001, an inhalable beta interferon. This type of drug helps reduce inflammation and the body’s immune reaction.

Jagannathan, from Stanford, is one of the lead investigators on interferon, and he likes what he sees.

“We’re really excited about this for a couple of reasons,” he said. “Interferon seems to play a really important role in the body’s early response to infection. There’s evidence that people with deficient signaling go on to have more severe disease, and early evidence suggests that giving this particular interferon could be beneficial.”

A small, early trial in Israel of a protein called EXO-CD24 appears to have helped some with moderate-to-serious cases of COVID-19.

And then there’s the stuff in your medicine cabinet — and already in your arm.

At Vanderbilt University, Cosmin A. Bejan and his colleagues dove into data from electronic health records to see which already-in-use drugs might be repurposed as potential treatment candidates for COVID-19.

In findings that surprised even the researchers, people who had recently had a pneumonia vaccine had a significantly decreased risk of death from the coronavirus, as did those who had diphtheria and tetanus vaccines, as well as those who had previous exposure to flaxseed extract, methylprednisolone acetate, pseudoephedrine, omega-3 fatty acids, turmeric extract, ibuprofen and fluticasone, the active ingredient in Flonase and other allergy nasal sprays.

“I think the finding that pneumococcal vaccines (as well as other vaccines) save lives in people with COVID-19 is important,” Bejan said by email. Further randomized clinical trials are needed, he said.

“It would be also great to see replication of our results by other studies performed on larger and more heterogeneous study populations,” Bejan added.

The ACTIV consortium is also investigating blood thinners — including apixaban, aspirin and heparin — to see if they can prevent life-threatening blood clots in COVID-19 patients, as well as testing medicines already approved to treat other conditions, including risankizumab, used to treat plaque psoriasis, and lenzilumab, used to treat cancer patients experiencing cytokine storm from their therapies.

Hopes have been high for other common compounds as well, though such hopes often fizzle.

After much hype about zinc and Vitamin C, a study published in the Journal of the American Medical Association found that no individual symptom resolved quicker with either alone, or a combination of the two. Hospitalization rates didn’t significantly differ, either.

Vitamin D has had a moment as well. In one study, Vitamin D deficiency was found in 97% of severely ill patients who required ICU admission, but in only 33% of asymptomatic cases, writes former U.S. Surgeon General Richard H. Carmona and co-authors. But a study published in JAMA threw some cold water on that, finding that a high dose of vitamin D3 did not significantly reduce hospital stays for patients with moderate to severe disease.

Former President Donald Trump once touted hydroxychloroquine as a miracle cure, but it turned out to do more harm than good.

‘A marathon … not a sprint’

The past year has, indeed, been traumatic, but the chances of surviving COVID-19 have significantly improved since the dawn of the pandemic, wrote NIH Director Francis S. Collins in a recent blog post.

“This improvement stems from several factors, including the FDA’s emergency use authorization of a number of therapies found to be safe and effective for COVID-19,” he wrote. “Yet the quest to save more lives from COVID-19 isn’t even close to being finished, and researchers continue to work intensively to develop new and better treatments. …

“Our work is clearly a marathon, not a sprint.”