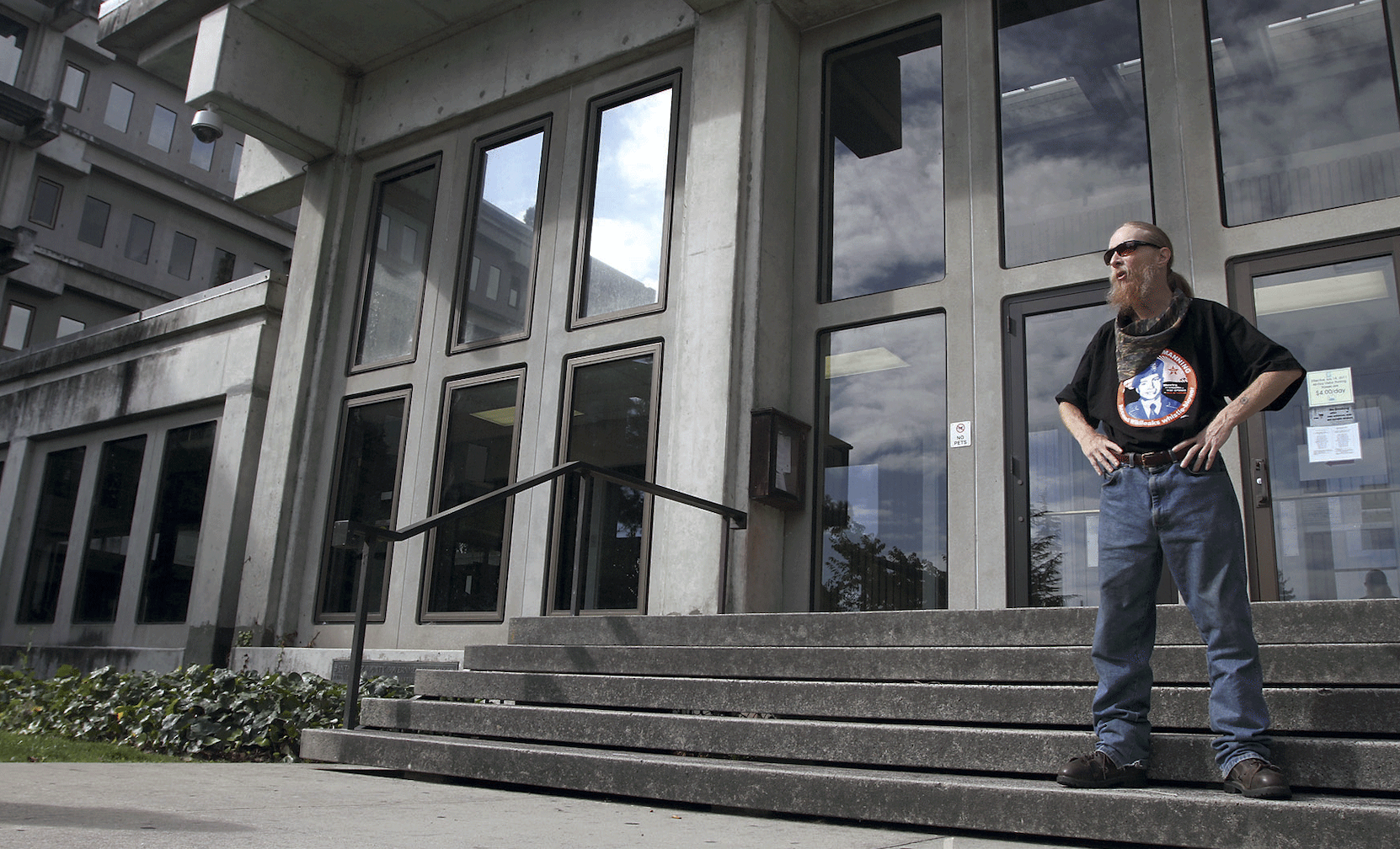 An activist hacker credited with briefly shutting down Santa Cruz County’s website in December 2010 as an alleged act of political protest pleaded guilty to federal charges this week.

Christopher Doyon, also known as “Commander X,” will be sentenced June 28 in U.S. District Court California Northern District. On Tuesday, Doyon appeared before District Judge Beth Labson Freeman to reverse his earlier plea of “not guilty.” The change of course came as part of a plea agreement in which the U.S. Attorney’s Office will recommend a 15-year prison sentence for Doyon, according to court documents.

Doyon had helped organize Operation Peace Camp 2010, from July through October 2010, as a protest against the City of Santa Cruz’s no-camping law at the time. Santa Cruz County Sheriff’s Office deputies on Oct. 2, 2010, broke up the protest, which involved approximately 50 people sleeping on the steps of the Santa Cruz County Superior Court, and arrested five protesters, including Doyon. In December 2010, Doyon participated in a retaliatory digital attack on the county’s web server that resulted in county computers going offline, Doyon’s plea states. Santa Cruz County officials estimated damages to the computer network as a result of the conspiracy at approximately $4,060.

Then, in July 2011, Doyon similarly was involved in a cyberattack on computer servers in Orlando, Florida, according to his plea. In 2011, the City of Orlando had begun enforcing an ordinance requiring organizers feeding large groups of homeless individuals in local parks to obtain a permit for their operations. The city law limited the feeding permits to two per park within a 12-month period. In a June 2011 email sent to city employees and signed “Commander X,” Doyon threatened to remove Orlando’s government website shortly after law enforcement there began to arrest members of a Food Not Bombs chapter for violating the city feeding ordinance, the plea states. He later organized cyberattacks against websites for city government, the chamber of commerce, the county sheriff’s office site, the rotary club and other Orlando sites.

Food Not Bombs co-founder Keith McHenry said by email Wednesday that he was jailed in Orlando during Doyon’s cyberattack and “had no idea Chris was busy organizing his nonviolent civil disobedience campaign.” McHenry, who now organizes the Santa Cruz chapter of Food Not Bombs, said Orlando Food Not Bombs still shares food every week.

“To think that adults would pass laws against feeding the hungry and sleeping outside is an indication of the total lack of morality of the people in power,” McHenry wrote, in part. “To understand the Orlando Ordinance it would have meant the unhoused would have to walk miles to get to each park and there would really be no way for the hungry to find our twice-weekly meals. The number of parks was also limited so there would be about a month or so each year when people would go hungry.”

A federal grand jury indicted Doyon in September 2011 on charges related to the Santa Cruz County computer hacking. After his subsequent arraignment, Doyon was released on a $35,000 bond. Rather than return to court for a scheduled hearing in February 2012, Doyon relocated first to Canada and later to Mexico. Doyon was extradited from his home in Mexicoback to the United States in June.