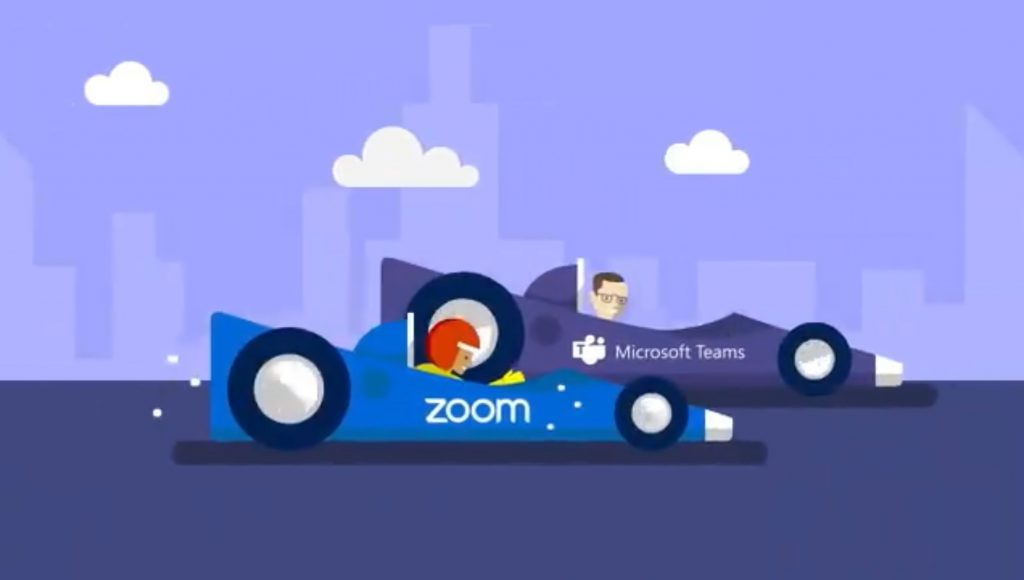 A leaked video has provided a rare insight into Microsoft’s thoughts on Zoom Video Communications. Zoom has quickly turned into a popular app for video conferencing, and some analysts estimate it may have nearly 13 million monthly active users. Many Zoom users combine the video calling service with Google’s G Suite, Slack, and other productivity apps that rival Microsoft’s Office dominance.

“Zoom is seen as an emerging threat to Microsoft,” is the message in what appears to be a training video for Microsoft’s vast partner network that sells the company’s products and services. The video even includes an audio watermark for premiumbeat.com, a Shutterstock service for royalty-free music. Posted on Twitter by WalkingCat, the video reveals that Microsoft is aware Zoom sellers are trying to get customers who are fed up with Skype for Business or are at the end of a Cisco contract for video conferencing services.

A second video advises Microsoft Teams sellers to try to convince potential Zoom customers to trial Teams. Microsoft has been aggressively pushing to get businesses to use Teams as part of its Office 365 and Microsoft 365 subscriptions over the past year. This was clear to see at Microsoft’s Inspire partner conference in July when the company asked thousands of attendees to download the Microsoft Teams mobile app in exchange for a free cup of Starbucks coffee.

Zoom isn’t alone as a threat to Microsoft’s core Office business. Slack has emerged as a popular alternative, and Microsoft has been putting the competitive pressure on thanks to a series of TV commercials recently. Microsoft also revealed earlier today that the company has seen a surge of Teams growth this week, as companies switch to remote working during the coronavirus pandemic. There are now 44 million daily active users of Microsoft Teams, up nearly 40 percent from 32 million last week.