Could a vaccine mandate for domestic air travel be in the works? 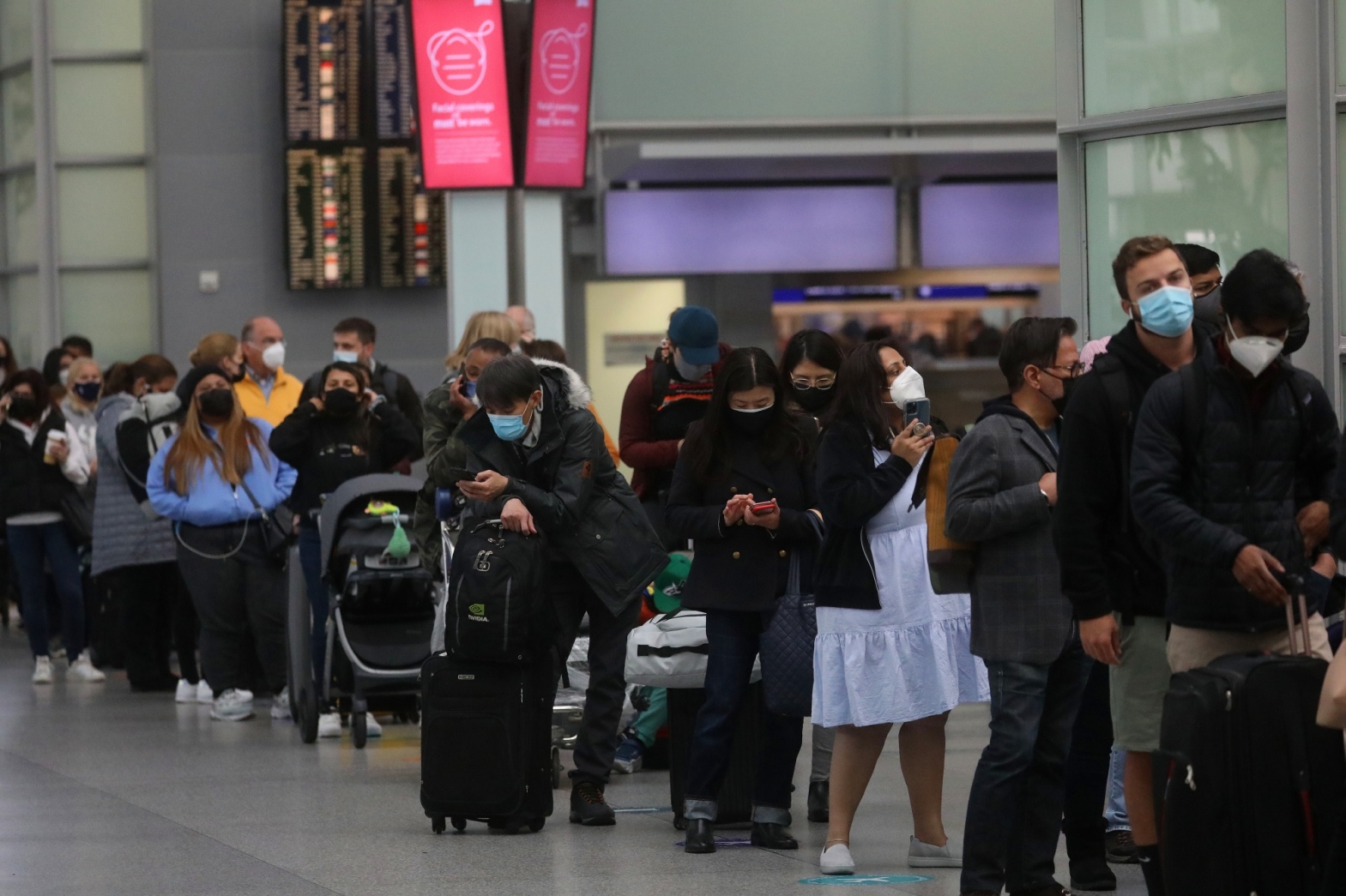 As America’s airlines cope with a COVID surge during the thick of the winter holidays, Dr. Anthony Fauci  said Monday the U.S. should consider a vaccination mandate for domestic air travel, signaling a potential embrace of an idea the Biden administration has previously eschewed.

Fauci, the top U.S. infectious disease expert, said such a mandate might drive up the nation’s lagging vaccination rate as well as confer stronger protection on flights, for which federal regulations require all those aged 2 and older to wear a mask.

“When you make vaccination a requirement, that’s another incentive to get more people vaccinated,” Fauci told MSNBC. “If you want to do that with domestic flights, I think that’s something that seriously should be considered.”

The suggestion from President Biden’s chief science adviser on the pandemic response reignited a debate among airline travelers over a mandate that would pose a new challenge for an airline industry already struggling with staffing shortages and fears over the omicron variant, which fueled a wave of flight cancellations over the Christmas weekend.

“There has to be an additional benefit to being vaccinated, and I think this is a great motivator,” said Grayman as he stood in a packed line awaiting check-in for United Airlines.

The Biden administration has thus far balked at imposing a vaccination requirement for domestic air travel. Two officials told the Associated Press that Biden’s science advisers have yet to make a formal recommendation for such a requirement to the president.

The officials, who spoke on condition of anonymity to discuss internal deliberations, said a vaccine mandate on planes could trigger a host of logistical and legal concerns.

The U.S. currently mandates that most foreign nationals traveling to the U.S. be fully vaccinated against the coronavirus, though citizens and permanent residents only need to show proof of a negative test taken within a day of boarding.

Still, U.S. travelers flying to international destinations are facing difficulties meeting COVID-19 testing requirements that often mandate a PCR test administered with 48 to 72 hours of arrival. At San Francisco International on Monday, the line to receive a COVID test took over three hours with an extra hour added to receive results.

“It’s madness,” said Matt Perry, who was flying to London to visit family. After his airline denied his at-home PCR test, Perry showed up at SFO seven hours early to secure a test. His only advice: “Plan ahead. You don’t want to come here and spend $300 and wait in line for hours.”

The Christmas weekend increased the difficulty in obtaining a PCR test as many testing centers closed down, multiple travelers said. “Get it done early,” said Ivan Perez, who searched for a PCR test all weekend and ended up missing his flight to Toronto on Monday due to the testing delay at the airport.

Since the summer, the Biden administration has embraced various vaccination requirements as a way to get unvaccinated Americans to roll up their sleeves. It has instituted requirements that federal workers, federal contractors, and those who work in health care get their shots and that employers with 100 or more employees institute vaccination-or-testing requirements for their workers.

Those vaccination requirements have been mired in legal wrangling, with the Supreme Court set to hear arguments Jan. 7 in cases seeking to overturn them. The travel industry has also previously opposed vaccine mandates for domestic flights saying there is a low risk of catching the disease on flights.

California lawmakers, including Sen. Dianne Feinstein and Rep. Eric Swalwell, both Democrats, are pushing for stricter public health regulations on air travel. In September, Feinstein introduced legislation that would require a vaccine or negative COVID-19 test to fly domestically.

Earlier this month Swalwell blasted the current system as “100% batty” as he took a flight to the Bay Area.

“It’s unsafe in the cabin and we are transporting the virus,” said Swalwell in a tweet. “Requiring the vaccine to fly is the LEAST we can do to stop the spread.”

Wanita Murphey, an 89-year-old mother, said she supports a vaccine mandate for people looking to board domestic flights. She was taking her first flight during the pandemic on Monday to Colorado and, although a COVID-19 booster gave her comfort, she still worried about flying with unvaccinated passengers.