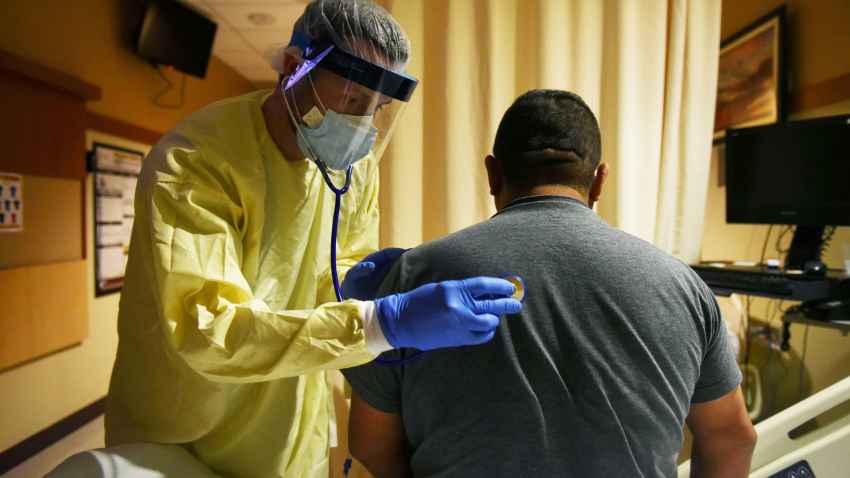 U.S. Covid-19 cases continue to rise ahead of the Thanksgiving holiday. The national seven-day average of daily new cases stands at 174,225 as of Tuesday, according to an analysis of Johns Hopkins University data. The tally might see an artificial dip in the next several days, as is typical during major holidays when local outposts temporarily pause reporting. Still, health experts have warned Thanksgiving is likely to be a catalyst for spread.

The following data was compiled by Johns Hopkins University:

The U.S. military set a recent high for Covid-19 cases in a 24-hour period with more than 1,300 new confirmed infections, CNBC’s Amanda Macias reports, as the Pentagon said it is seeing a “general uptick” heading into the holidays.

With the rise in cases, the Pentagon is moving to stricter health safety measures on Nov. 26, which includes limiting the number of people inside the Pentagon, requiring face coverings if social distancing isn’t possible and doubling the number of temperature checks for people entering the building.

“These changes are based on authorities delegated in March, giving commanders the flexibility to respond in the best interest of their personnel by maintaining mission effectiveness,” Pentagon spokesman Jonathan Hoffman said.

So-Low Environmental Equipment has seen a surge in demand for its ultra-cold freezers in anticipation of coronavirus vaccine distribution, according to Dan Hensler, vice president of the company.

“Right now, we are out of everything,” Hensler said on CNBC’s “Squawk on the Street,”despite its attempts to build up inventory starting in the spring. The ultra-cold freezers are key parts of the vaccine distribution plans, particularly for Pfizer and BioNTech’s vaccine that is awaiting FDA emergency approval.

“Our phones started ringing off the hook the day it … got out to the public. That inventory we had built was gone like in three weeks so now we’re building everything per order,” Hensler said. “We’re running about six to eight weeks on delivery right now. It’s been crazy. It’s absolutely been crazy.”