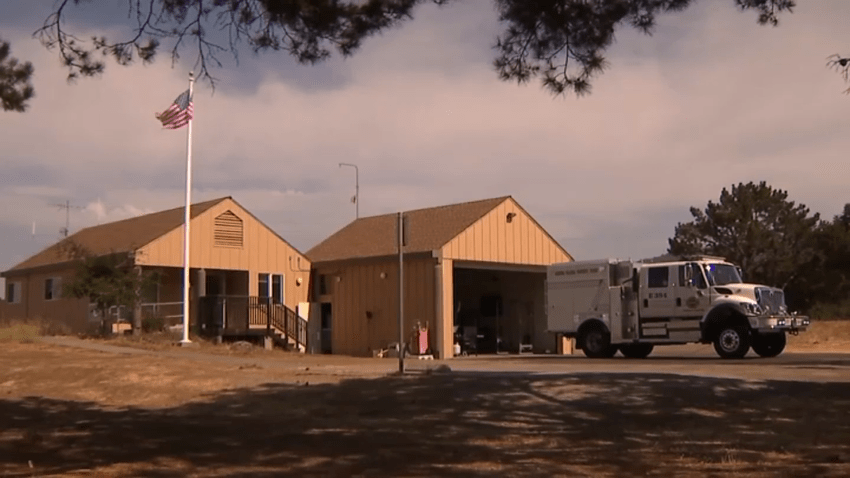 Communities in the Bay Area were pulling together Sunday to fight fires.

Fire Station 8 in the Corridor off Page Mill Road in Los Altos hasn’t been fully staffed in the summer in years.

Now, a team has been at the Mountainshop Station since June, offering a quicker response time for any fires in the hills.

“Because of the Red Flag Warning issued from 5 p.m. till 5 a.m. we will be staffing the station 24 hours,” said Captain Bill Murphy of the Santa Clara County Fire Department.

But that wasn’t always the case. Since 2016, Fire Station 8 has only been staffed sporadically from June to October. But given the dense vegetation, dry brush and weather conditions, the Los Altos Hills County Fire District, the city of Palo Alto and the Santa Clara County Fire Department agreed on a rotation to staff the station from June until Halloween.

The move will help protect hundreds of homes nestled in the hillside.

“Our goal is to keep fire small having the resources where we can get to fires quickly on the hillside will offer better protection than in years past,” said Murphy.

Better protection not just for homeowners but for people like Jeanette Lovely of San Jose who heads here to foothills nature preserve every week to hike.

“For people like myself who are hiking, now the fire engines can get there in five minutes if there’s a fire versus 20 minutes going up the hill and so I’m very happy and I feel safe it’s great,” she said.

An RV fire in the Santa Cruz Mountains Sunday was a reminder of just how quickly flames can spread. It grew quickly to a quarter acre. Cal Fire teams moved in swiftly, attacking from the air and ground to douse the flames.

“As the weather moves forward, we are expecting lightning without any rain so it’s very likely it could start a fire,” said Murphy.