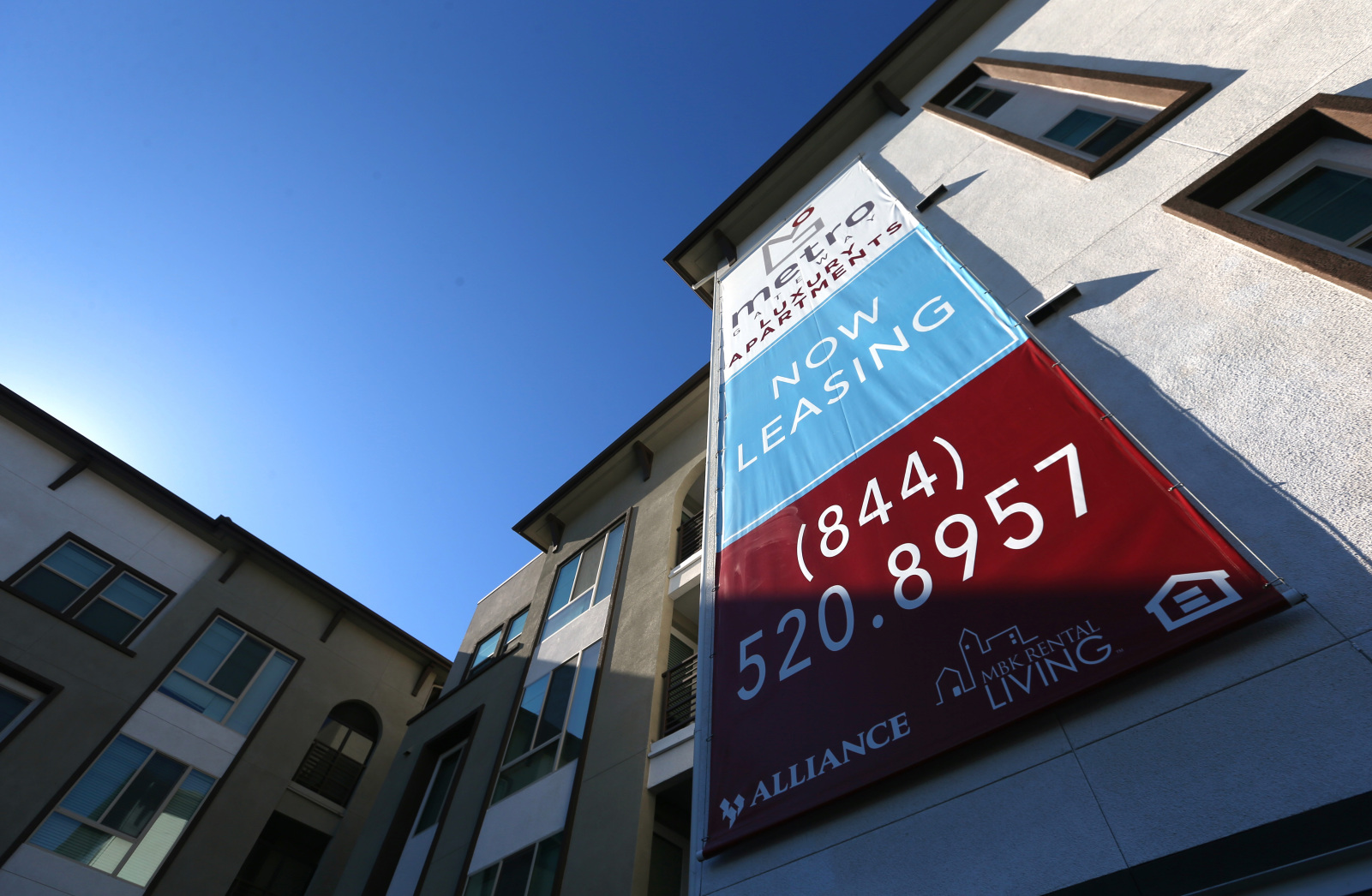 Renters continue to stream out of the Bay Area, but a new pandemic trend has emerged in the last several months — a big uptick in demand for short-term leases.

About 1 in 5 Bay Area renters are looking for 6-month leases or shorter, nearly double the rate from last year and the highest in the nation, according to an Apartment List study.

Pandemic remote work rules have sent renters packing for cheaper, more spacious homes, at least in the short term. Bay Area movers mainly are hunting in the suburbs, or following the sun to Los Angeles and San Diego, according to the rental website.

Demand for short-term leases has climbed across the country, said Apartment List economic Chris Salviati. “But the Bay Area is where it’s climbed the most,” he said.

For professionals able to work from home, the appeal of more living space for zoom-rooms and home offices have driven demand for suburban and rural rentals. Many big tech companies have extended remote work guidelines through mid-2021, with some expecting to make it a permanent change.

For workers struggling with lost income and shuttered jobs, moving into shared spaces and abandoning apartments has also pushed vacancy rates in Oakland, San Jose and San Francisco to the highest in the nation. The state’s unemployment rate has hit double-digits after years of soaring employment.

The San Francisco apartment occupancy rate in November slipped to 92 percent, down from 96 percent a year ago, according to RealPage. It’s the worst rental occupancy rate among the largest 50 metros in the country, although still healthy and near the 95 percent rate considered full occupancy, said RealPage analyst Adam Couch. San Jose occupancy has dropped to 93.8 percent, and Oakland has dipped slightly to 95.6 percent.

“The Bay Area, for lack of a better term, is a boom and bust market,” Couch said. Even discounts from landlords haven’t been able to entice a big flow of renters back to San Francisco, San Jose and other big coastal cities during the pandemic. “There are definitely some headwinds.”

The Bay Area has seen the most precipitous drops in annual rents, including discounts, during the health crisis:  San Francisco plummeted 20 percent year-over-year, San Jose dropped 15.2 percent, and Oakland fell 5.6 percent, according to RealPage. Nationally, rents fell just over 1 percent from last November.

The average listed rent, including discounts, in November for an apartment was $2,461 in San Jose, $2,244 in Oakland, and $2,718 in San Francisco, according to RealPage.

Some of the increases in rental prices in smaller, inland communities could be coming from mobile Californians, Salviati said. For example, Boise, Idaho rents have shot up 9.1 percent during the pandemic, but the $1,015 a month rent for a typical two bedroom is a sliver of the cost of a Bay Area studio.

Bay Area renters continue to be among the most active and footloose in the country. About 36 percent of San Jose residents on Apartment List looked to other properties outside their city, primarily in San Francisco, followed by Los Angeles and San Diego. About one-third of San Franciscans looked elsewhere, mainly to San Jose but also to Los Angeles and Sacramento.

The eagerness for short-term rentals may be residents seeking to test out a community before putting down roots, or it may be a reflection of the new workplace flexibility. “There’s a move outward from the downtown areas to the suburbs,” Salviati said. “How this plays out in the long term is still up in the air.”