Bill to return California beach back to original Black owners gets final OK from state Senate, heads to governor’s desk 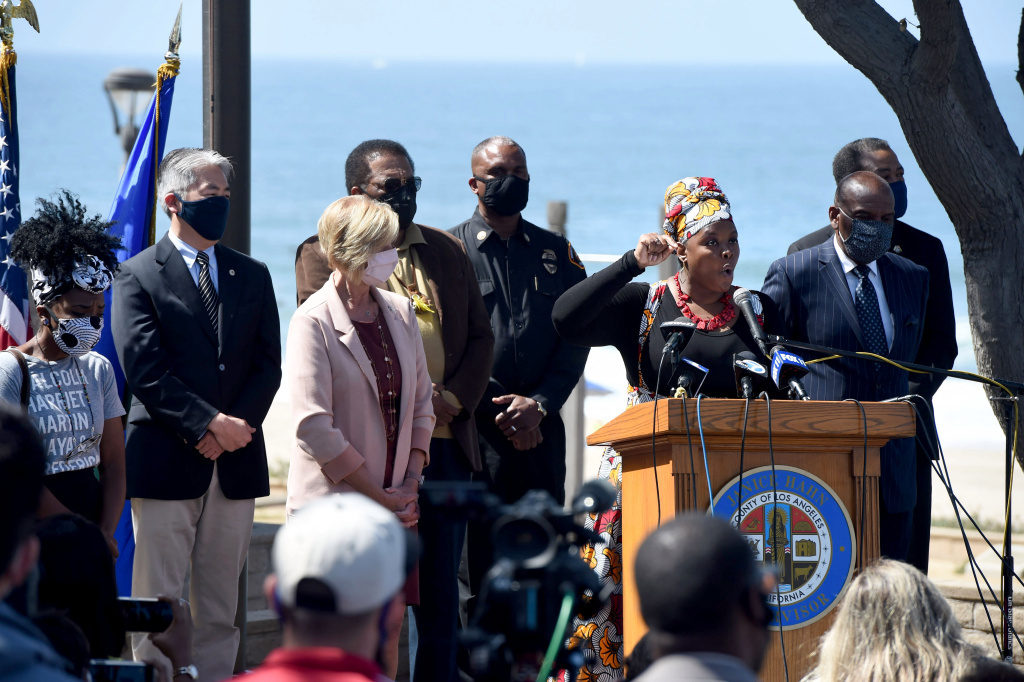 Los Angeles County can soon return a piece of oceanfront land in Manhattan Beach to its original Black owners — thanks to a first-of-its-kind bill that’s on its way to Gov. Gavin Newsom.

A state Senate bill to give L.A. County the authority to transfer two parcels of land to the descendants of Willa and Charles Bruce cleared the last legislative hurdle on Thursday evening, Sept. 9. The Senate unanimously passed SB 796 on the eve of the legislative session ending.

Thursday was the second time the Senate passed the bill without dissent — the first time was in June — a procedural requirement after the Assembly added non-substantive amendments to it. The Assembly unanimously OK’d the bill on Wednesday.

It will take a few days at most for the physical pages of the bill to get processed and sent to the governor, according to the office of Sen. Steven Bradford, D-Gardena, who authored SB 796.

Newsom has not hinted at whether will sign the bill. A Newsom spokesperson said in a Thursday night email that the bill will be evaluated once it reaches his desk.

But SB 796 has received wide bipartisan support to this point.

“SB 796 represents economic and historic justice,” Bradford said, “and is a model of what reparations can truly look like.”

Willa and Charles Bruce  bought two parcels of oceanfront land in Manhattan Beach in 1912. The couple operated a flourishing seaside resort for African Americans there at a time when Black people had limited access to the ocean. But they, as well as those who visited the resort and Manhattan Beach’s other African American residents, faced harassment from some White neighbors who didn’t want Black people in the community, according to historical records.

Manhattan Beach leadership at the time condemned the Bruces’ land, as well as that of other property owners, in 1924 and took it over through eminent domain.

Manhattan Beach still owns the land it obtained from other property owners via eminent domain. That land sits above the Bruces’ two parcels and decades later became Bruce’s Beach Park.

But the city gave the Bruces’ land to the state in 1948. The state handed over those parcels and larger swaths of the beach to Los Angeles County in 1995.

Under that transfer, the county, which operates a lifeguard station on the former Bruce’s Beach Lodge, cannot give or sell the land to anyone else.

SB 796 will let the county do just that.

“Time and time again different government bodies have used their power to deny wealth and opportunities to many communities of color,” Bradford said on Thursday. “This bill represents an opportunity for this government to finally do the right thing: to undo a wrong committed by Manhattan Beach and aided by the state and the county by taking possession of this property.”

The effort to return the land to the Bruces began last summer amid the national protests over police brutality and systemic racism. A Juneteenth celebration took place at Bruce’s Beach Park, serving to also educate attendees on the history of discrimination the open space’s namesakes faced. A petition demanding reparations then followed.

In April, Bradford, Los Angeles County Supervisor Janice Hahn and others gathered to announce the joint state-and-county effort to return the two parcels to the Bruce descendants.

At the time, those officials said the effort would be the first time in the nation’s history that land has been returned to an African American family as a way to make amends for various discriminatory policies, including redlining, that prevented Black people from building wealth via property ownership.

“I’m happy for the Charles and Willa Bruce family and for our people around the country, indigenous as well as African American,” Shepard, the Bruce family’s spokesman, said Thursday. “This is going to be the start of something really big for our people now. “

Shepard said he hadn’t moved from his computer for the past two days as he watched the Assembly and Senate sessions — and waited for SB 796 to pass.

“I thought they were going to adjourn and take it up tomorrow,” he said, “but I didn’t move until I saw that bill happen.”

“I’ve been crying all day,” she said in a text message. “Can’t believe it.”

But several steps remain before the Bruce family can take control of the land.

If he does, the bill would go into effect immediately because of an urgency clause.

And then, LA County would be responsible for returning the land.

“I am determined to return Bruce’s Beach to the Bruce family, but I can’t do it without this legislation,” Hahn, whose district includes Manhattan Beach, said in a Thursday statement. “I have been so moved by the overwhelming support that we have gotten for this effort in Sacramento. At long last, this bill is heading to Governor Newsom’s desk. I not only urge him to sign it, but I also think it would mean so much if he signed it at Bruce’s Beach.”

It’s not yet know whether Newsom would do that. But he is set to visit nearby Long Beach on Monday, Sept. 13, for a campaign rally with President Joe Biden in an effort to stave off a recall.

The Los Angeles County Board of Supervisors, meanwhile, directed officials in July to pursue an action plan to give back the two parcels to the Bruce descendants.

A report on that plan, made by the County CEO’s office and the Anti-Racism, Diversity and Inclusion Initiative, detailed the complex processes involved in transferring the land, assessing the property’s worth, determining who the legal heirs are, limiting the property tax burden on the family and figuring out what to do with the lifeguard station. More details will come later this year on how to transfer the land once the state allows the county to do so.

State Director of Parks and Recreation Armando Quintero will have to amend the county’s deed on or before Dec. 31 to exclude the Bruces’ property from the restrictions on transferring the land that currently exist.

“This is the first time a government has done anything like this,” Hahn said in July, “and there were a lot of questions about how it would work.”