Calif.’s positivity holds at all-time low as virus surges in some counties 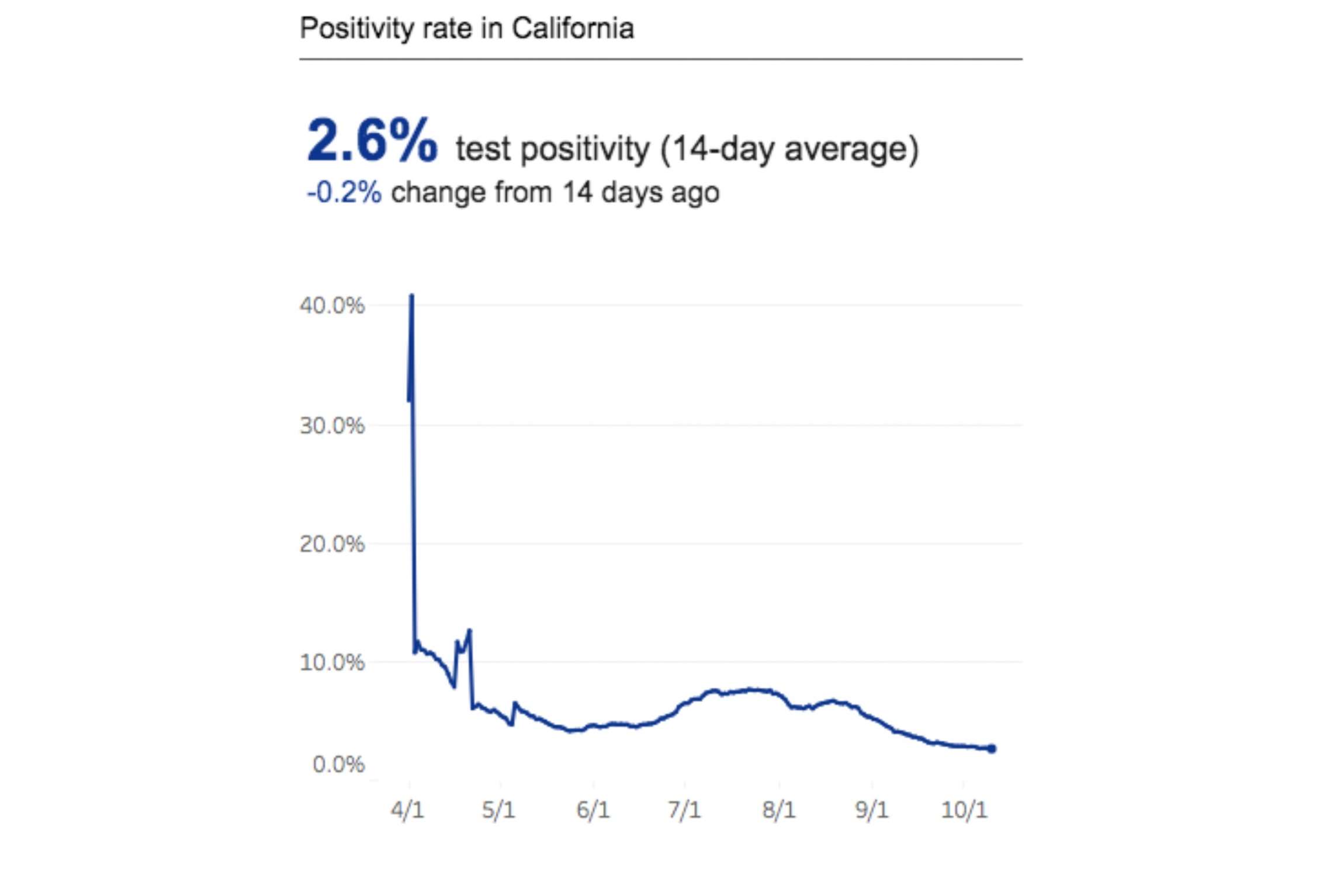 California’s COVID-19 numbers are looking good, but experts warn that we shouldn’t let our guard down as some pockets of the state struggle with outbreaks.

California has reached an all-time high for COVID-19 testing, and the percentage of those tests coming back positive has reached its lowest point since the start of the pandemic.

Across the past two weeks, the state has tested an all-time high average of 122,000 tests a day, and the percentage of those tests coming back positive has held at 2.6% since Tuesday, the lowest point since the start of the pandemic and less than half the positivity rate of when the virus surged across the state in July.

What’s more, the death rate has steadily decreased in California since this summer, reaching a 14-day average of 142 in August and a low of 70 over the weekend.

UCSF’s Dr. George Rutherford said on KCBS this morning the numbers are good news, but warned, “This is not a time to take a victory lap.”

“There are hot spots around the state, including Sonoma County close to the Bay Area, and possibly some more activity in Marin and Solano,” Rutherford added of the local counties that are struggling to control the virus.

Sonoma is the only county in the Bay Area still in the most restrictive purple tier in the state’s reopening structure, meaning the virus is widespread and certain businesses are restricted from reopening.  As of Monday, the county’s adjusted case rate is 10.8 cases per 100,000 residents, and the positivity rate is 5%.

Rutherford also noted Shasta County has experienced the state’s worst outbreak in recent weeks with a positivity rate of 6.9% and 13 cases per 100,000 residents.

These numbers may be surprising in this pocket of Northern California known for vast open spaces and endless forests, but COVID-19 outbreaks across the country have shown that the virus can spiral out of control anywhere. The spike in Shasta County is being driven by spates of cases at an evangelical school and a nursing facility in Redding, the county’s largest city (pop. 91,000).