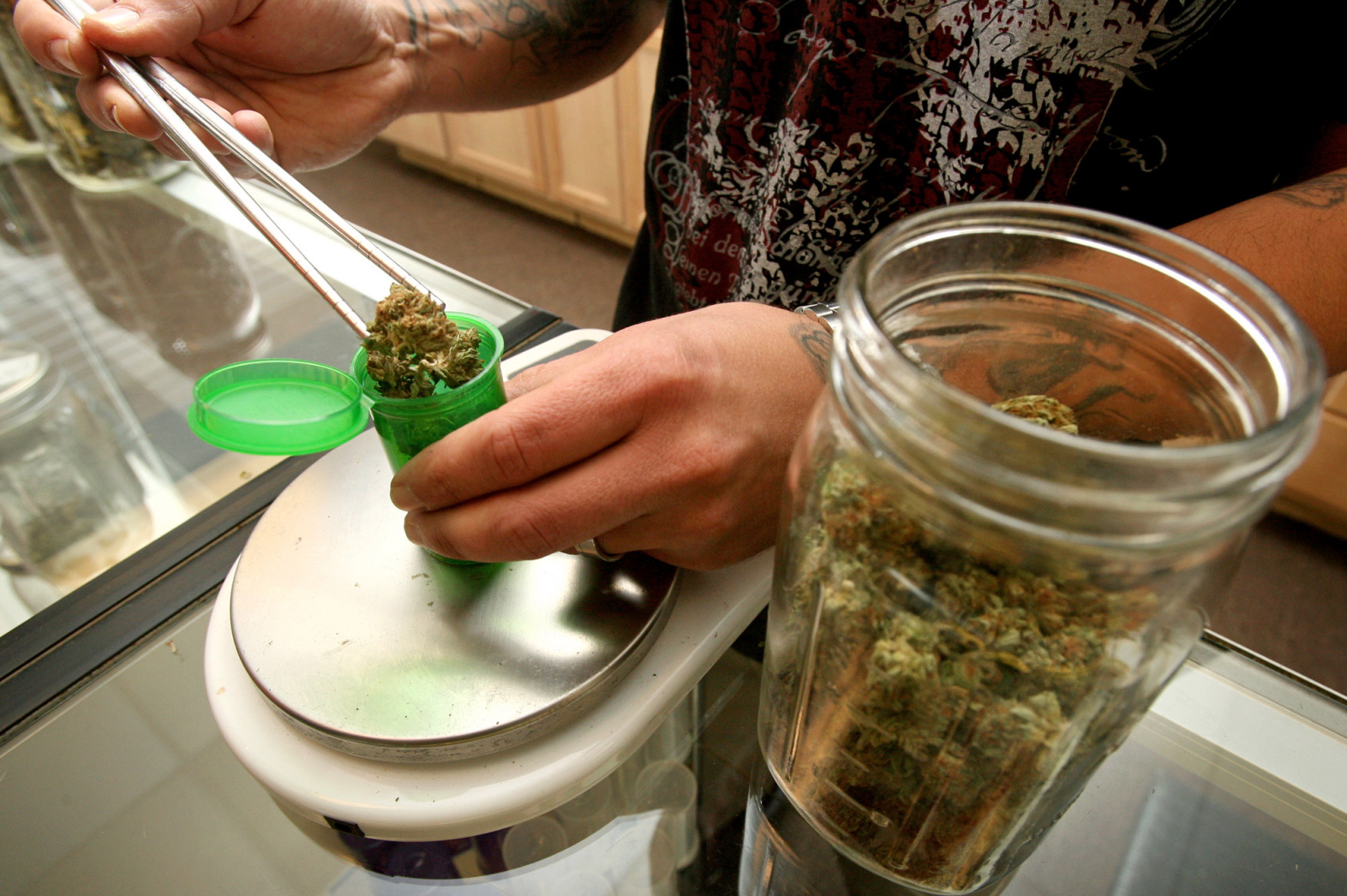 It was with a sense of accomplishment that young cannabis entrepreneur Jerred Kiloh scheduled his first COVID-19 vaccine appointment for Feb. 11 in San Francisco.

Kiloh, owner of the Higher Path Collective in Sherman Oaks and president of the United Cannabis Business Association, was one of the movers and shakers responsible for nudging medical marijuana retail workers toward the front of California’s vaccine eligibility line, before some educators, emergency workers and food and agriculture workers.

“Since 1996 we’ve been deemed medical, so how can you redefine us as something different all these years later?”  Kiloh said. “Front-line health care workers are supposed to be in Tier 1. We are front-line workers.”

The state has updated its COVID-19 vaccine allocation guidelines to say just that.

“Cannabis industry employees are included in Phase 1a for medicinal cannabis and Phase 1b Food and Agriculture for growing, production, storage, transport and distribution,” the update said. “Medical cannabis workers should be accommodated as necessary in Phase 1b, Tier 1, by nature of their designations in eligible essential workforce classifications.”

Many see the logic.

“Medical marijuana is legal in California and a lot of vulnerable people rely on it while undergoing chemo and/or dealing with other medical issues,” said Lisa Pinedo of Santa Ana, a member of the Safe Places OC Facebook group. “That would put the workers up there with pharmacists. Yes, I know that not all customers are there for medical reasons, but since a large portion of them are, it makes sense to vaccinate the workers to be able to maintain the industry.”

Others, however, are befuddled.

Vaccinations are a critical piece of the reopening puzzle, he said. “This will not only protect the health and safety of our essential employees but will provide enormous benefit to the children and their families as it will lead to a sooner reopening of schools and the economy more broadly by enabling the working families we serve to go back to work,” Beutner said.

Edison High School teacher Mike Walters said teachers are too essential to be passed over by cannabis industry personnel when it comes to COVID-19 vaccine distribution.

“Teachers should be prioritized ahead of the cannabis dispensaries,” said Walters, who teaches U.S. history and government at the Huntington Beach school. “We’re kind of on the front lines with these kids on a daily basis. I hope the quicker we get this vaccine to teachers then the quicker we can get all kids back in the classroom, instead of just a few of them.”

Mission Viejo High School teacher and coach Chris Ashbach believes teachers should be vaccinated as soon as possible, but understands why weed shop workers are prioritized. “Anybody that’s making this economy go, who keeps store doors open, should get the vaccine as soon as possible,” he said.

Jeff Freitas, president of the California Federation of Teachers, said that with about 600,000 school teachers, administrators and staffers in California, he understands that vaccinating them all is no small order of operations. But it can be done, and he’s optimistic that schools will reopen for in-person learning before the end of this school year.

On Friday, the U.S. Centers for Disease Control underscored that: With the right safeguards, it said, schools can safely reopen even before all staffers are vaccinated.

But Freitas is cautious. “Students may not be at high risk, but many of their family members are,” he said. “We want what’s safest for staff and students and their families.”

Some counties say no

With vaccine in such short supply, not all counties are rushing to embrace the state’s new guidelines.

San Diego County is holding back as well. Riverside County is following the state guidelines, though, as is San Bernardino County.

“Appointments at county-operated vaccination sites are scheduled through the State’s PrepMod appointment system, which does not screen for eligible vs. non-eligible and will give an appointment to anyone.

“However, if a medical marijuana retail worker were to show up for an appointment at a county-operated vaccination site they would not be turned away because the state has declared them eligible for vaccination as frontline health care workers,” Wert said. “The county cannot speak for how pharmacies, hospitals, and other non-county government providers within the county might handle this.”

More Californians had medical marijuana cards in 2010 than any year before or since, hitting a high of 12,659, according to state data.

So far this fiscal year, the state has issued just a fraction of that — 1,474 cards.

But that doesn’t mean people aren’t using cannabis as medicine, Kiloh said. After recreational marijuana became legal in California in 2016, those who used medical marijuana skipped the hassle and expense of doctor visits and card applications and simply bought it over the counter like everyone else, he said. Officially, less than 10% of total sales are deemed medical, but Kiloh believes the great majority actually are medicinal.

That makes just about all cannabis retail workers front-line health care workers, and moving them to the front of the vaccine line was the least California could do, he said. California’s weed industry has been cut off from the relief other businesses got to help them through the pandemic, and yet it’s on track to have poured  $1 billion in tax revenues into California’s coffers last year.

“We are giving you such a big tax base, why are we being treated like second-class businesses?” Kiloh said. “The reality is, this is giving priority to about 30,000 retail workers servicing 300,000 patients and customers a day. We need to protect them as front-line workers, because that’s what they are. It was a win for cannabis industry to be put into the medical side of things.”

Kiloh, in Northern California to open a dispensary in Napa, has 35 retail employees and said 90% of them will be vaccinated soon. “I’ve been working in this industry for 18 years,” he said. “I feel like a dad who’s provided for his family.”

California had administered 5.5 million shots as of Friday, Feb. 12.

A one-shot vaccine by Johnson & Johnson’s Janssen Biotech Inc. is slated to go before the Food and Drug Administration on Feb. 26 for emergency use authorization, with an eye to producing 100 million doses by June. And on Thursday, the Biden administration announced new deals for another 200 million doses of the Pfizer and Moderna vaccines, enough to cover just about everyone who wants a vaccine by the end of July.

“Just this afternoon, we signed the final contracts for 100 million more Moderna and 100 million more Pfizer vaccines,” Biden said. “And we’re also able to move up the delivery dates with an additional 200 million vaccines to the end of July — faster than we expected. And in further good news, both companies agreed — and we’re now contractually obligated — to expedite delivery of 100 million doses, that were promised by the end of June, to deliver them by the end of May. That’s a month faster. That means lives will be saved.”

Freitas, of the California Federation of Teachers, is pinning his hopes on California’s new partnership with Blue Shield, which will step in to manage the statewide vaccination effort, and the federal government’s new push.

“That’s what we’ve been needing and what’s been sorely missing — a real effort to get the pandemic under control from our national leaders,” Freitas said. “That’s encouraging, motivating, refreshing. I have faith and hope that we’re going to get all the educators vaccinated shortly.”