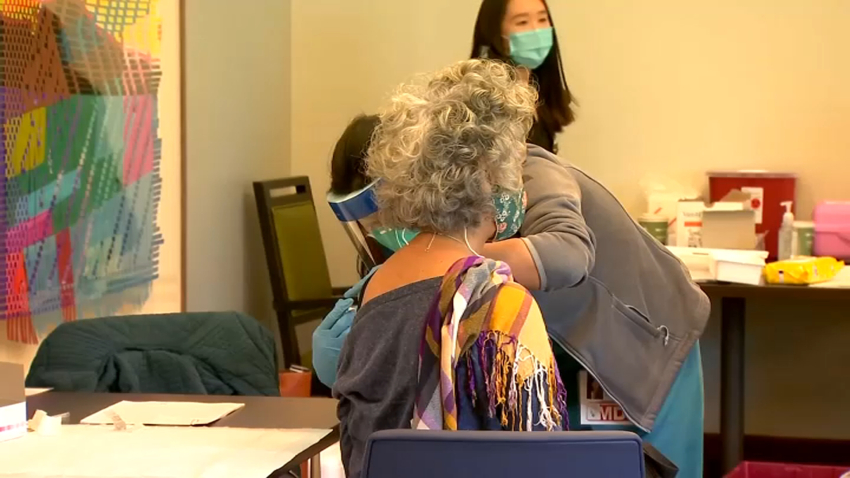 As thousands of people scour websites daily in Santa Clara County in search of a coveted COVID vaccine appointment, it was a shocking revelation that in just five days over 4,000 people with confirmed appointments did not show up to get their shot.

About 10% of vaccine appointments made at county-run sites are no shows, and because of that on Saturday at the Santa Clara County fairgrounds there were about 300 extra vaccines that were already thawed and set to expire the next day.

Dozens of Santa Clara County employees scrambled to the fairgrounds in San Jose Saturday after getting phone calls and emails that they may be able to get a last-minute COVID vaccine.

“I’m thrilled,” he said. “My mom lives ten minutes away and I have not been able to hug her for a year. So I can reunite with my family, but I don’t think it should have to come down to being alerted at 4 p.m. on a Saturday that there are extra doses. I think public defenders should get it because they have so much exposure.”

The county said that because of an increase in people not showing up to their COVID vaccine appointments it had the extra doses, so it reached out to the public and asked county workers to come get a vaccine so they wouldn’t go to waste.

On Monday, NBC Bay Area learned just how big the no-show problem is at county-run sites, including Levi’s Stadium.

From February 8-12 a staggering 4,517 people did not show up for their appointments.

The county said it doesn’t know why there are so many no shows. One possibility is that people could be making multiple appointments out of fear that one could be cancelled.

The last-minute vaccine leftovers at the fairgrounds meant that some county employees who were not actually eligible got a vaccine.

The director of the Stanford Center for Biomedical Ethics Dr. David Magnus said the county needs to plan better, to make sure vaccines are fairly distributed.

“Having a waitlist available and a plan to mitigate the problem so you don’t have good doses left over and little time to deal with it,” said Magnus.

The good news is that the county said no vaccines were wasted, despite the high number of no shows.