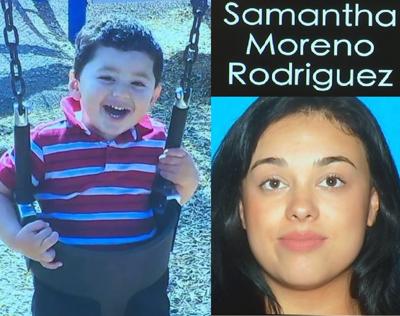 A 7-year-old boy from San Jose was the child whose body was found near a highway outside Las Vegas 10 days ago, and his mother is suspected of killing him, police said Monday.

Rodriguez is now sought on a murder warrant in Las Vegas, Spencer said Monday, and a warrant for nationwide extradition has also been approved.

The police official had said it was clear the boy was killed, but did not say Monday how Liam died.

Spencer described what he called a “heartbreaking conversation” with the boy’s father, and said he is not a suspect in his killing.