Hand over the trash: raccoons break into California bank 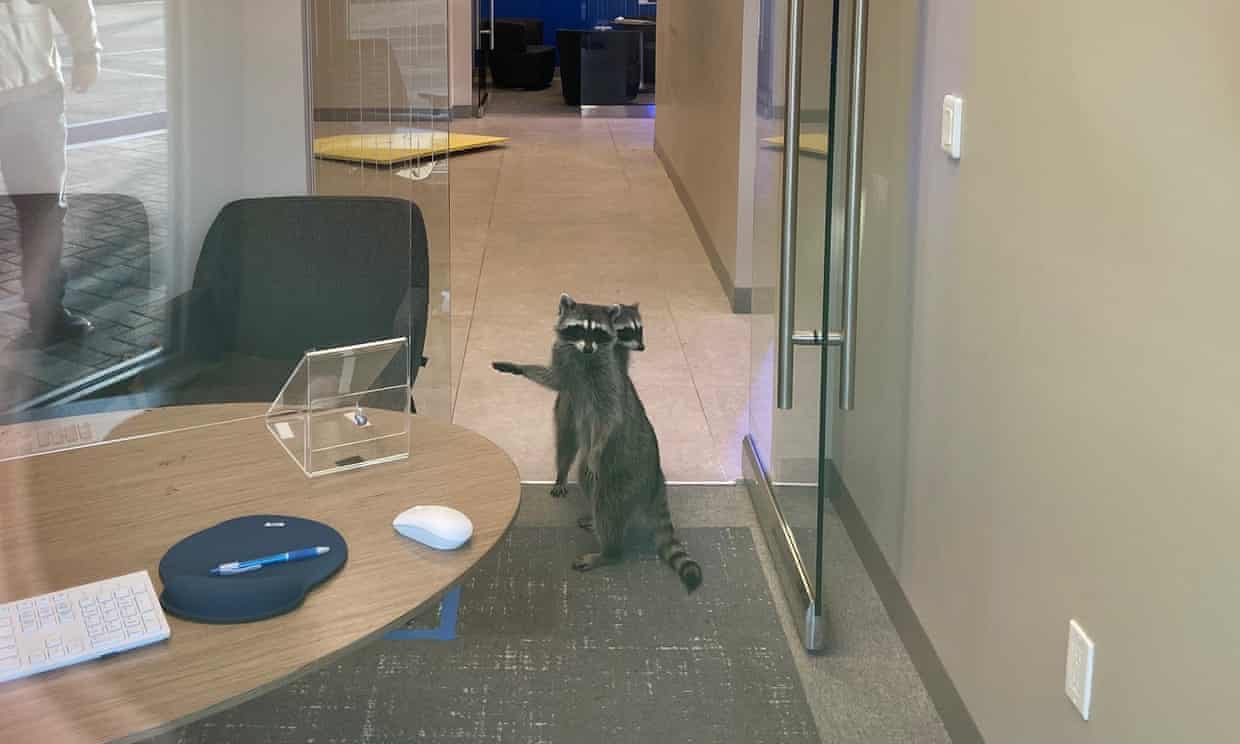 Two “masked” intruders broke into a California bank using a method straight out of the movies: crawling along air ducts – only to fall through the ceiling tiles and onto the floor.

The raccoons were caught on camera by a customer who noticed the heist while he was withdrawing money outside the bank in Redwood City on Wednesday, ABC Eyewitness News reported.

In photographs, the raccoons can be seen prowling the halls and sitting at a desk. In one image, one of the raccoons – who appears to be the leader – holds out a paw, apparently directing his accomplice to the next target within the bank.

Unfortunately for them, someone raised the alarm and called the Society for the Prevention of Cruelty to Animals (SPCA).

“It’s not every day an animal organisation gets called to deal with a bank break-in, but since the bank robbers were masked bandits of the wildlife kind, we were indeed the appropriate responders,” Peninsula Humane Society and SPCA communications manager, Buffy Martin Tarbox, told the ABC.

After a 10-minute foot chase, the rescue staff “were finally able to safely shoo them outside,” said Tarbox.

The subsequent investigation uncovered muddy paw prints on a tree outside the bank. The suspects are understood to have climbed the tree and entered the air ducts before falling through the ceiling tiles and onto the floor of the bank.

“There were several broken ceiling tiles, and the masked bandits knocked papers around and even a computer over. Thankfully the raccoons were not injured during their morning escapade, and to our knowledge they didn’t abscond with any money,” Tarbox told the ABC.