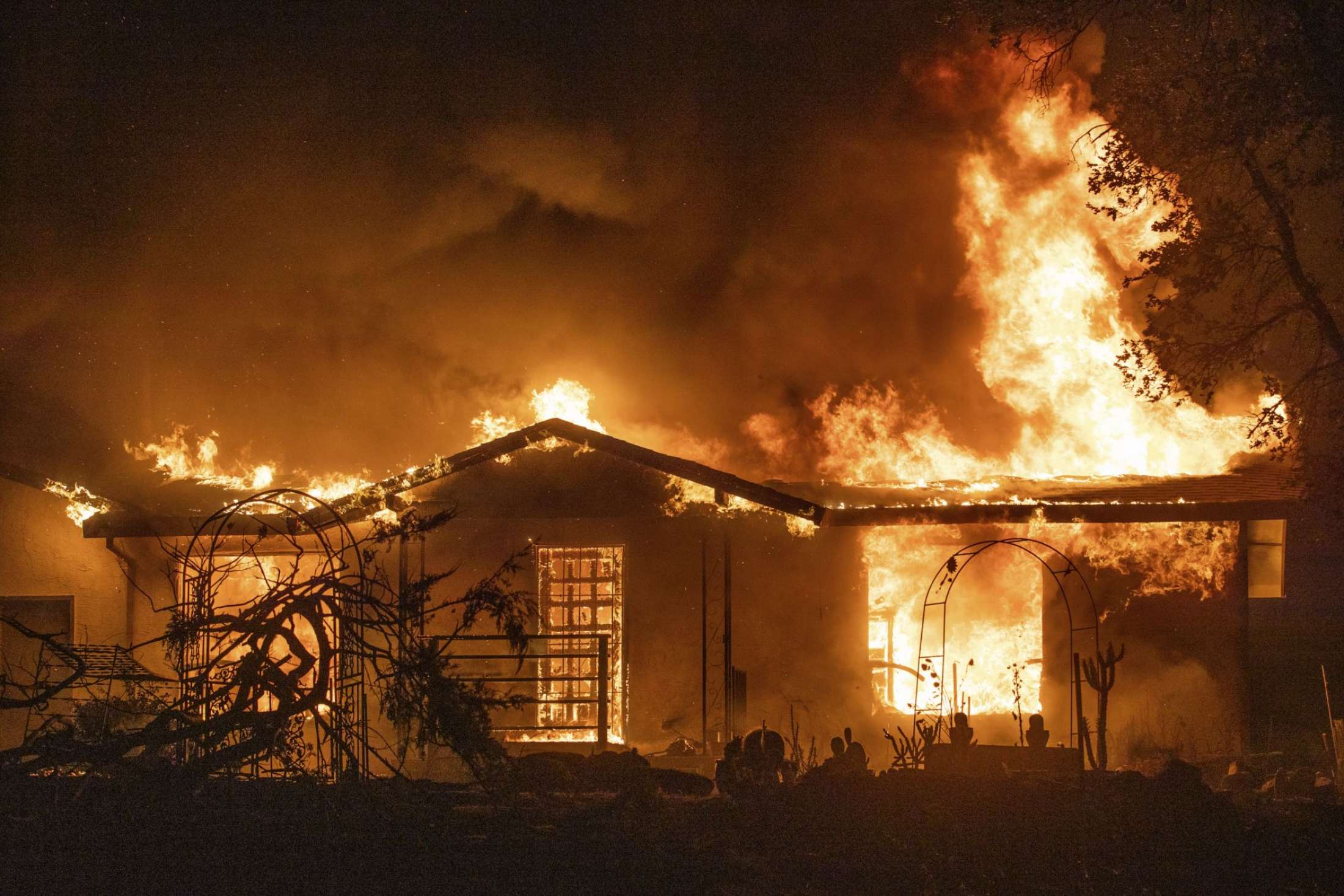 The wind-whipped Zogg Fire in Shasta County grew to 40,317 acres with 0% containment Tuesday morning, according to Cal Fire’s incident update.   On Monday morning the blaze was 15,000 acres.

Shasta County Sheriff Eric Magrini said Monday afternoon three people died as a result of the fire, though he gave no details.

“It’s with a sad heart that I come before you today,” Magrini said, urging residents to heed advice to leave. “When you get that order, evacuate immediately. Do not wait.”

The blaze that started as a vegetation fire Sunday has also destroyed 146 structures and another 1,538 structures are threatened. It’s zero percent contained.

Residences are widely scattered in the forested area, about 10 miles (16 kilometers) southwest of the city of Redding in a region torched just two years ago by the massive and deadly Carr Fire — infamously remembered for producing a huge tornado-like fire whirl.

The Zogg Fire threatens the communities of Igo, Ono, Happy Valley, Platina, according to the California Department of Forestry and Fire Protection.

Flames devoured the Ono Store and Ono Grange, two historic buildings west of Redding, according to the Record Searchlight.

The spreading fire has forced more than 1,200 people to evacuate. There have been no evacuation orders within the city limits of Redding as of 4:30 a.m. Tuesday.

Critical fire weather with scorching temperatures and high winds hampered firefighting efforts on the Zogg Fire on Monday afternoon, and while winds subsided overnight, above-normal heat remains in the forecast through the week.

There are 700 personnel assigned to this incident.

California Gov. Gavin Newsom said in a Monday press briefing that it’s possible the Zogg Fire could merge with the August Complex that has been burning west of Red Bluff in Mendocino County since mid-August and is the largest wildfire in California history.