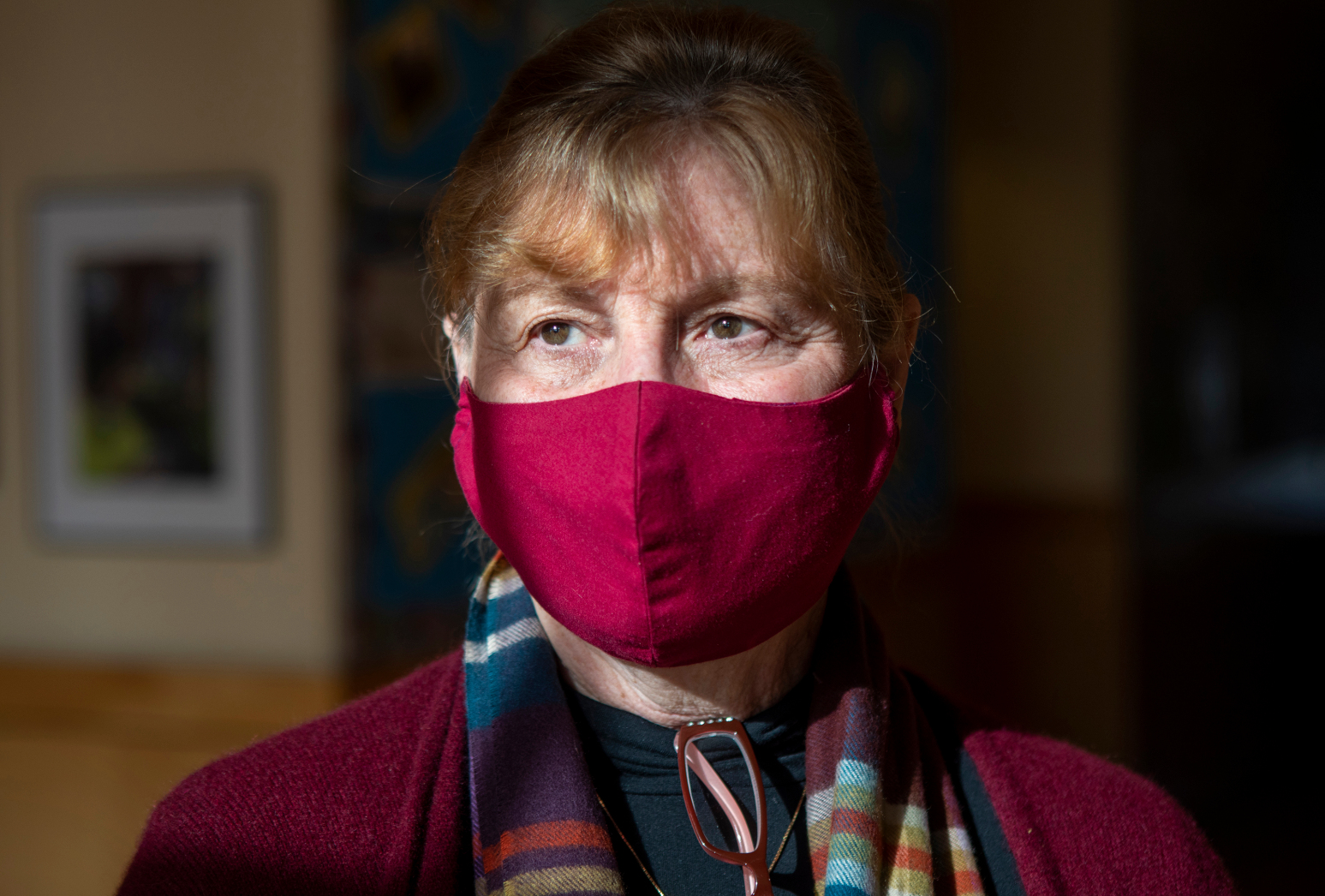 For tenants at St. Francis Center who have lost their jobs and can’t pay rent, Sister Christina Heltsley is the woman keeping them housed through the pandemic. But after waging a battle mostly by herself since March, raising emergency funds and signing checks to families, the center’s bills are reaching a dangerous level.

Now, Heltsley, who goes by Sister Christina, is the one asking for help. This month, she launched a fundraising campaign to make up for the $230,000 her tenants owe in rent.

“They live paycheck to paycheck, but they pay their rent when it’s not a pandemic,” said Sister Christina. “This time, the assistor needs some assistance.”

St. Francis Center is located in San Mateo County’s unincorporated North Fair Oaks, just a few blocks from Atherton, the richest neighborhood in the country, where Bloomberg’s Richest Places Index sets the average income at more than $525,000. The nonprofit center, which is not affiliated with the Catholic Church, provides food, clothing, and educational programs to thousands of low-income families, in addition to 184 apartments. In addition to the rents it collects, the 32-year-old center receives grants and other funding.

With demand for its services booming during the pandemic, the center helps feed more than 4,500 each month. Sister Christina said nearly one in four tenants who rent the low-and-very-low-income units owned by St. Francis has not been able to pay rent since March.

The research center Bay Area Equity Atlas, with the advocacy group Housing NOW, has estimated that $3.7 billion in rental debt has been accumulated by Californians — a figure much higher than the $400 million estimate from the state Legislative Analyst’s Office. The people who have fallen behind on payments are like the majority of St Francis Center’s tenants — disproportionately low income and people of color.

Imelda Contreras rents a two-bedroom apartment at St. Francis where she lives with her husband and daughter, the last of their eight children to still live at home. Contreras’ daughter, who has a 7-year-old, lost her restaurant job in March. Three months ago, Contreras’ 74-year-old husband, sick with stomach cancer, became unable to work at the Palo Alto golf club. Ever since, they haven’t been able to come up with their $1,450 in rent. Contreras said she received a $600 stimulus check months ago but had not yet figured out how to help her daughter or husband apply for unemployment and other benefits.

After getting three months of rental relief from Sister Christina, the Contreras are worried about next month’s bill. “Sister Christina is as good as gold. Who knows where we’d be without this place?” said Contreras in Spanish. “But we’ll have to pay rent again and we just don’t know how we’ll do it.”

Perla Pimental, a community manager and renter at St. Francis, said the center was short $36,000 in rent in February alone. “I’m so thankful for what we have, but I don’t know where she gets the money to keep up the buildings,” said Pimental. “That’s a very, very expensive area just a couple blocks away. Being here I feel rich. My son’s life has changed; he has an education like a rich person.”

The revenue shortage is affecting the center’s ability to providefood donations, housing maintenance and other services.

“Those rents are what help us pay for our light and heat,” said Sister Christina, who also has to keep the center’s school, youth center and other facilities warm and lit.

Adelina Cortez, a single mother of six who used to make $800 a month as a dog nanny, said so far she owes more than $3,500 in rent, $700 to PG&E and $3,879 in water bills despite Sister Christina’s help with multiple months of rent and with utility bills.

“If this building is not here anymore, there’s families that won’t be able to go through it,” Pimental said. “I just hope we can continue to live here.”