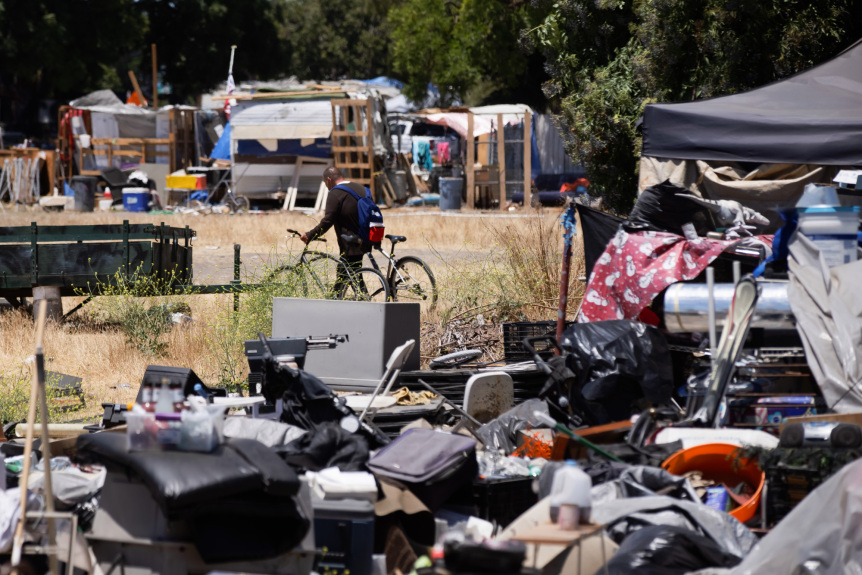 Santa Clara County has housed nearly 5,000 people since January and cut its number of newly homeless residents by almost 30% over the past year — putting the county well on its way to meeting ambitious goals set in 2020.

But the crisis is so extensive, that even those significant gains have failed to make a noticeable dent in the proliferation of homeless encampments from San Jose to Gilroy.

And much of the progress achieved this year was made possible thanks to an unprecedented boost in funding, emergency housing and other protections galvanized by the COVID-19 pandemic and ensuing economic crisis. Now, as many of those measures end, experts worry the county won’t be able to sustain the progress it’s made so far.

Last year, as the homelessness crisis spiraled out of control, Loving and a group of other Santa Clara County leaders unveiled a strategy to house 20,000 people in five years — dubbing it the Community Plan to End Homelessness. The county has placed 4,886 people in permanent housing since January 2020, a feat Loving called a “remarkably incredible testimony” to the county’s strategy. Nearly 97% of people placed remain housed one year later.

COVID safety nets likely played a major role in that reduction. The county distributed more than $42 million in public and private funding to nearly 16,000 households at risk of homelessness during the pandemic. It’s not yet clear how much money will be available next year for that program.

The state also barred landlords from evicting people who couldn’t pay rent due to COVID-related job losses — but that protection ends Sept. 30. Unemployment benefits beefed up by the federal government during the pandemic end next month as well. And emergency shelter programs such as Project Roomkey, which turned hotel rooms into temporary housing for vulnerable homeless people, are shutting down.

That has experts worried about the months to come.

“It’s always nice to talk about progress,” said Sandy Perry, president of the Affordable Housing Network of Santa Clara County, “but we can’t assume this progress will continue at the same rate.”

At the same time, there’s a noticeable disconnect between the impressive numbers reported by the county and the dire situation on the ground, said Andy Gutierrez, a Santa Clara County deputy public defender and member of the public defender’s office homeless outreach team.

The homeless census scheduled for January 2021 was called off due to concerns about spreading COVID-19, so the county has no good data on the number of residents living without housing. Between 2017 and 2019, the number of unhoused people counted in the county increased by 31% — to 9,706 people.

Today, many encampments are larger and more noticeable than they were before the pandemic began. Loving attributes that not to an increase in the population, but to federal health guidelines instructing cities and counties not to disband encampments for fear of spreading COVID. Gutierrez disagrees — there are clearly more people living without shelter, he said, and it’s only getting worse.

Even more disturbing are the demographics he now sees in encampments, including an increase in families with small children. He recently met a single mom who was pregnant and raising an 18-month-old in an encampment in Columbus Park in San Jose.

“There’s a certain level of desperation that we’re seeing now that we didn’t see last year, even in the middle of the pandemic,” Gutierrez said.

The county’s five-year plan doesn’t do enough to help people like that pregnant mother, he said. While people wait for space in the county’s limited housing stock to open up, they often are given one-size-fits-all shelter options that don’t meet their needs. Gutierrez would like to see county leaders embrace a wider variety of solutions, from opening more RV safe parking sites, to creating city or county-sanctioned places where people can safely pitch a tent.

San Jose shot down the idea of sanctioned encampments in May.

Even though the county has a long way to go before it moves the needle noticeably on homelessness, there are some promising signs on the horizon. Last month, Gov. Gavin Newsom authorized spending $12 billion to fight homelessness and extend successful programs like his Homekey initiative — which created 6,000 units of homeless housing during the pandemic.

“We’re in a unique moment,” said Ragan Henninger, deputy director of San Jose’s housing department. “An opportunity where we have both a state governor and state policymakers that have prioritized housing and homelessness, and a new federal administration. We have to keep pushing. We have to keep making progress. And I’m confident that we will.”