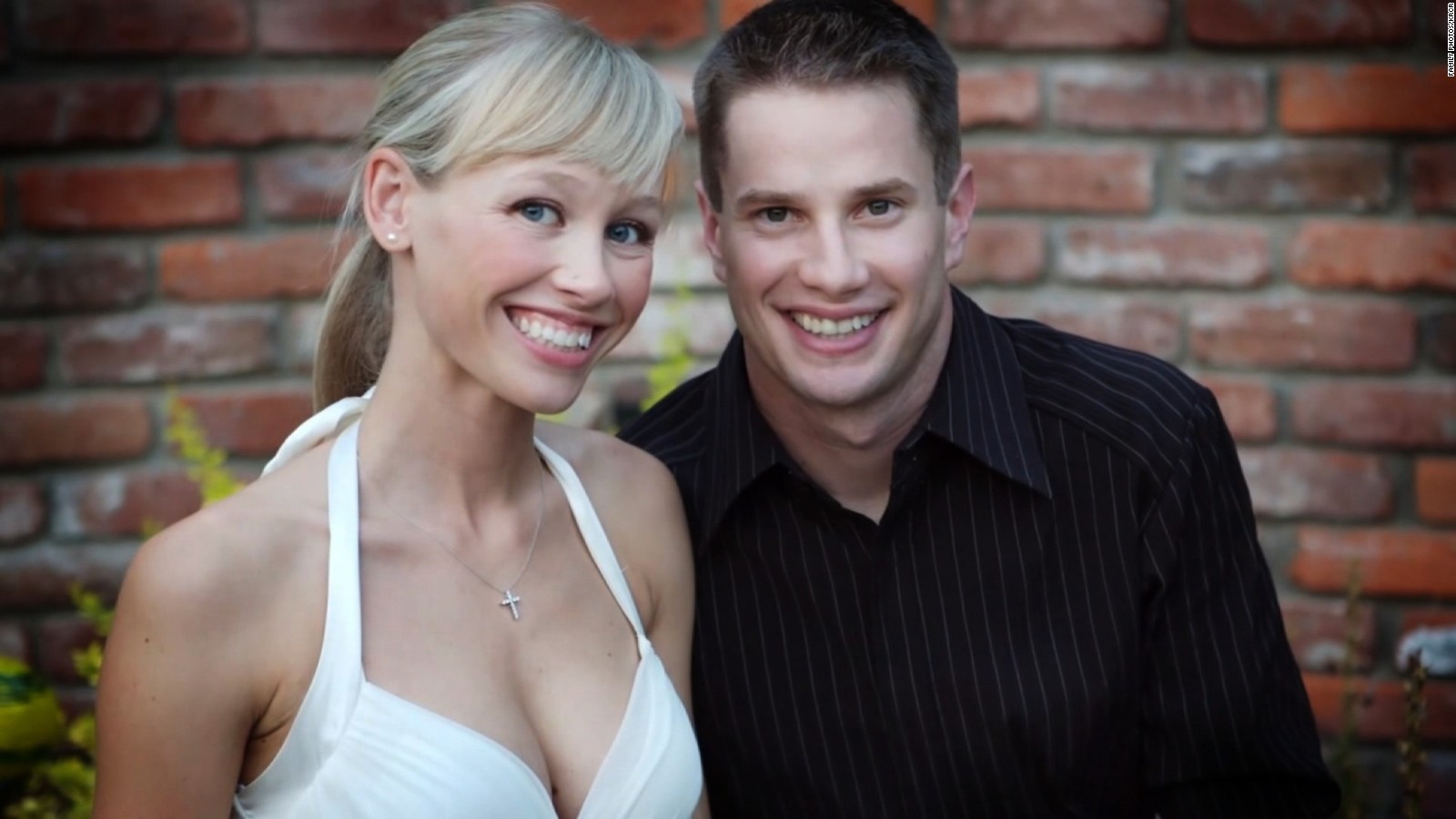 It’s been four years since California “super mom” Sherri Papini vanished during a broad-daylight jog, and then reappeared with an astounding, never-corroborated tale of a kidnapping by two women.

Papini has long since resumed a quiet, suburban life with her husband, son and daughter — yet tips on what may have happened to the petite mom are still being called in to investigators, including from a mysterious man in Southern California.

The man called the Shasta County Sheriff’s Office a few months ago claiming that Papini was with him for the entire 22 days that she was supposedly held captive by her gun-toting abductors, a law enforcement source told The Post.

“He said, basically, that it was a hoax,” the source said.

Meanwhile, the Papini case remains such a confounding mystery that investigators still can’t decide if she was the victim of a kidnapping, or if they — and everyone across the country who pulled for her while she was missing — are the victims of a fabrication.

Investigators are “too afraid to commit one way or another,” in part out of fear of “getting egg on their face,” the source explained.

“They could be putting it on the back burner because they don’t have the pressure to solve it,” the source said of the case.

The now 38-year-old Papini and her family have stayed as tight-lipped as have investigators in the past four years since her shocking reappearance.

Papini was found on Thanksgiving morning in 2016, when she flagged down a motorist on the side of Interstate 5 in Yolo County, 150 miles from her home.

She was safe, but chained, battered and burned by a branding iron.

She told investigators that her captors were two “Hispanic” women who she was unable to clearly describe — or attribute a motive to.

In their first statement in years, Papini and her husband, Keith, say they’re still hoping for resolution in the case.

“Sherri and Keith continue to follow the investigation while they focus on their family,” the family’s publicist, Chris Thomas, told The Post.

The sheriff’s office, which is spearheading the investigation with help from the FBI, isn’t commenting on the case.

“The case is pretty unique so it calls for unique handling of it,” said Sgt. Kyle Wallace, when asked about the tight lid on the investigation.

Still, there may be a clue in one thing Wallace, the lead investigator, did say — that there is no perceived ongoing threat to community safety despite no arrests ever being made.

Papini had told detectives four years ago that two Hispanic women armed with a handgun had abducted her, beat her and held her captive in a basement before one of them finally left her on the side of the road.

The motive has never been revealed and the closest the community has received to getting answers about the alleged perpetrators were two ambiguous-looking sketches of the masked suspects released a year after the fact.

If they are still out there, why is the public deemed safe?

The office is “not commenting on anything currently,” Wallace would only say.

Papini — who was once hailed as a “supermom” — left town for some time in the aftermath of the kidnapping, then returned to the same home where her husband was raised and where they have lived together as a couple.

“The family is doing fine,” her aunt, Darlene Brown, told The Post, declining to say more.

“I don’t like to bring the case back up,” Brown explained.

A neighbor said she has seen Papini outside, but infrequently. The family has spent the summer playing in the pool and working on their chicken coop.

“She mostly stays home,” neighbor Joyce Allison said, adding that “the kids are always out there laughing and playing.”

The house is a mile away from where Sherri went missing, leaving behind no clues except for her dropped phone.

When she didn’t pick up their kids from day care that day, Keith tracked her phone to where it lay in the road and called police to report her missing.

The distraught husband also took matters into his own hands, knocking on neighbors’ doors to ask for help in the search.

“He’d come up here, and he was just so distraught and asked me if I’d seen any neighbors or strangers in the neighborhood,” Allison recalled recently.

“This man thinks she’s the only woman alive. You would think the moon and stars are riding on her. I’ve never seen someone adore anyone like that.”

Residents are still divided four years later about what happened to the stay-at-home mom — with skeptics pointing to old police reports that later surfaced about Papini’s teenage and young adult years.

When she was 18 years old, her sister accused her of kicking in the back door of the family’s Shasta Lake home, according to police reports obtained through a FOIA request by the Daily Mail.

The same day, her parents, Richard and Loretta Graeff, called the police to report the incident as “vandalism” and claimed that she had taken off to “somewhere in Redding,” the outlet reported.

She had simply run away from her family.

Three years later, when she was 21, her parents placed another call to cops alleging she had taken money from her father’s bank account — although the report indicates that Papini later returned it.

Her mother called cops again the same year to report that Sherri was harming herself and blaming the injuries on her, the Sacramento Bee reported.

When Papini turned up on the side of the road in the town of Mountain Gale, she had been “branded,” on her right shoulder, though it was unclear what the image was that had been burned into her skin.

Inconsistencies arose as investigators tried to corroborate Papini’s story — including a cut on her foot she claimed her attackers gave her, but which wasn’t found when she was hospitalized after turning up.

Brandin Weese, who was Central Valley High School classmates with both Papini and her husband, said that he “personally never had any reason to doubt her credibility,” but added that he “definitely understands why there are some skeptics.”

“If you tie it in what’s going on here, it might seem like in high school that was her crying for help,” Weese told The Post of Sherri acting out as a young adult.

“In high school, she had issues between her and her mom, things of that nature. She had run away in high school for a good amount of time, this that and the other.”

But Weese said he only saw the string of incidents as a “teenage kid having a teenage emotional reaction” and doesn’t doubt her kidnapping tale.

“I would like to have some faith in humanity seeing a that would be a pretty elaborate thing to do,” he said, “especially seeing as how she was branded and burned and all this kind of stuff.”

“I don’t think they could find anything in the United States where that happened to someone,” said retired NYPD Sgt. Joseph Giacalone of Papini’s equally mysterious vanishing and reappearing.

“Generally when kidnappings go on that long, they don’t end as well as this one did,” said Giacalone, now a professor at John Jay College of Criminal Justice.

That no motive was ever revealed in the case is also perplexing — along with the $100,000 reward being offered in the case going unclaimed.

“When you’re going to kidnap someone you’ve got a reason for it, whether it’s money, revenge or to get back at somebody,” Giacalone said.

A pair of female kidnappers is also “very unusual” he said.

Since authorities have indicated there’s no public threat, he said that could suggest that Papini knew her abductors.

“The role of the police is to keep the public safe. If they believed it was some stranger that abducted her, they would be citing that over and over again.”

Authorities were skeptical from the start that Papini was abducted, with one detective noting even before she was found that “There’s no evidence to prove that she is,” another source with knowledge of the search told The Post.

In fact, authorities spent days focused almost entirely on a lead that didn’t pan out — an exchange on Papini’s computer that suggested she might have been involved with a man she met online, the source said.

“The sheriff’s office was so focused on that one lead that they forgot how to run an investigation,” the source said.

“People deserve answers to this case, there’s so much speculation going on and law enforcement needs to be held accountable.”