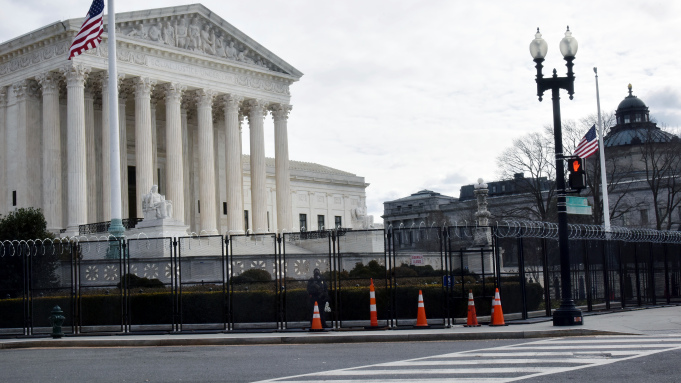 The ruling comes after months of churches holding services online or outside.

Since the start of the pandemic empty seats have been the norm. Quinn says he’s followed health orders put in place to curb the spread of the virus but that it’s been tough.

“It’s very important for people of faith to have access to the faith but then again I understood the reasoning,” Quinn said.

The recent Supreme Court ruling pushes for that access to faith and is closer to the standards retails stores and other businesses have had to follow since the start of the pandemic.

In a statment, Archbishop Salvatore J. Cordileone of the San Francisco Diocese says: “This is a very significant step forward for basic rights… As Christians we are members of a Church, which literally means an assembly of people coming together to worship God. This is our identity; it is in our very nature to gather in person to give honor and glory to God….This is a breath of fresh air in dark times.”

And worshippers say that breath of fresh air is needed.

While many church goers are happy to return indoors for worship services, some have concerns.

“I think they should’ve kept the ban on indoor services not until everybody is vaccinated cause I think it’s more important to be safe,” says Jim Meily.

And he’s not alone.

Santa Clara County says they will not follow the supreme court ruling, continuing it’s ban on all indoor gatherings.

In a statement the county health officials explain: “Santa Clara County’s Local Health Orders are structured in a fundamentally different way than the State’s rules that were the subject of last night’s U.S. Supreme Court decision.”

But for some regions the ban couldn’t come sooner.

“It is just ridiculous and we’re hoping that we will be able to really begin to see some movement on those fines as a result of these cases,” says the church’s attorney, Jennifer Bursch.

Though it took some time to get to this point, Bursch says she happy with the ruling and hopes churches can continue to worship in peace.

“We believe this was the case since the beginning and it took a long road to get here but we’re going to just keep plowing down the road, keep defending the church and keep standing up for our religious freedom,” Bursch says.

As churches being to open there are few health regulation to keep in mind.

The Supreme Court didn’t rule out the no singing and chanting ban, citing health concerns.

In addition, social distancing must be practices, masks must be worn, and the 25% capacity limit must be followed.

With the emergency ruling in place, many churches opened their doors for indoor services Saturday and some will have Sunday services inside their place of worship for the first time in a long time.