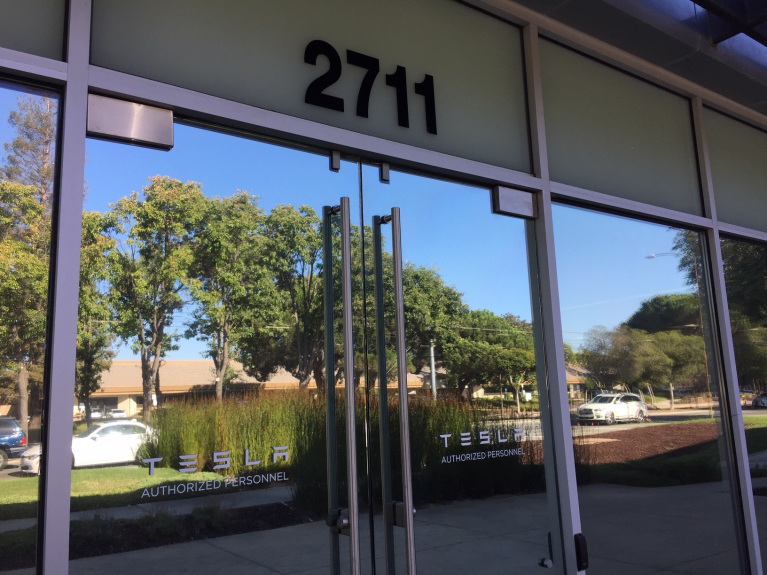 Tesla has leased a big office building in north San Jose, a deal that widens the list of tech luminaries that have brightened the economy of that part of the Bay Area’s largest city.

The electric vehicle maker has leased an office and research building that totals about 75,000 square feet, according to Santa Clara County public records and this news organization’s direct observation of the property where Tesla is located.

Google, Apple, Samsung, Cisco and PayPal are among the household names in tech that have significant office or research operations in north San Jose, or that are planning to develop large new sites.

Plus, in downtown San Jose, Adobe and Google have undertaken efforts to establish major new operations in the city’s central business district.

The owner of the 2711 N. First St. office building recently filed a public notice that Tesla, the property’s tenant, has launched construction activity on the site that the maker of electric vehicles is leasing.

The north San Jose building is shown to be the site of a Tesla Energy Training Center, according to Google Maps.

Direct observation of the property in recent days by this news organization shows that a Tesla name logo has been installed on the doorways to the one-story office building.

However, other than the Tesla name on the doors, more visible signage for the green company wasn’t observed. A monument sign next to the building didn’t sport a name. The site’s previous tenant was International Technology University, a private university.

It wasn’t immediately clear how many Tesla workers might operate at the site. The precise nature of the Tesla Energy Training Center wasn’t disclosed.

Palo Alto-based Tesla didn’t immediately respond to a request for a comment about the situation.

Still, Tesla’s presence in north San Jose is deemed to be a welcome sign for the area.