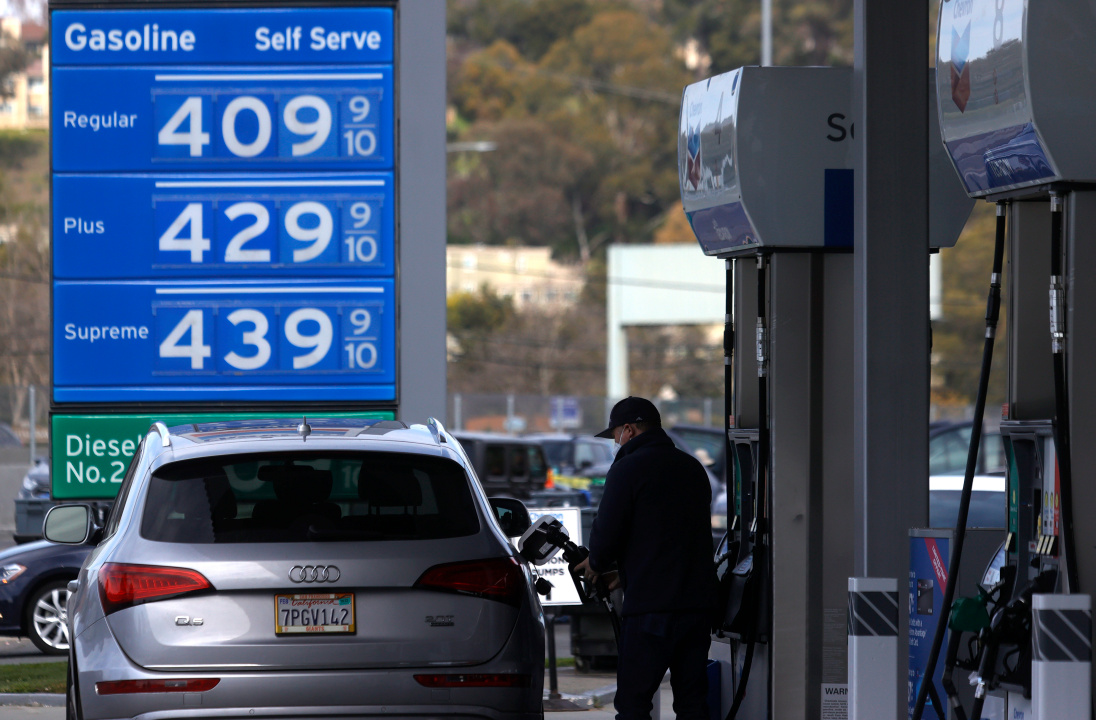 What’s feels like bad news for your wallet may actually be good news for California’s economy.

As the year started, I concluded in a column that certain “negative” trends could actually be foreshadowing economic recovery from the pandemic smackdown. With 2021 one-third complete, I’m reviewing seven economic benchmarks I suggested we should be watching.

You may wince at some signposts of a healthier California business climate. Stuck in traffic? Yup, this is good economic news. Rising prices for gasoline, rent and loans suggest there are more upbeat consumers who are willing to pay up.

The state needs more job seekers — technically the “unemployed” — to put its employment picture completely back to full health.

Still, the 18.9 million in California’s workforce — folks employed plus those officially unemployed — is 600,000 people shy of pre-pandemic levels.

What’s unknown is whether this shortfall is due to reluctant hiring or folks too skittish to return to work. In any event, folks need to believe job hunts can be successful or they’ll stay home.

Hey, we all love paying less at the pump but such savings typically signal a weak economy.

California drivers paid $3.89 a gallon for regular gas in April, a 25% jump from December when we saw the cheapest year-end prices since the Great Recession days of 2009.

A global business recovery has ballooned demand for crude oil, gasoline’s key ingredient. Its price, by one benchmark, is up 29% so far in 2021.

So, pain at the pump, while bad for your budget, is actually good news.

Getting evicted from one’s residence — a common occurrence in the harshest of business climates — has been largely prohibited by various government mandates in the pandemic era.

Property owners, for the most part, have been treated better than renters in this downturn. But lately, the government seems less inclined to prevent landlords or lenders from recouping losses via evictions.

When the moratoriums are finally lifted, hopefully, a vigorous economy can catch the fallen.

The year started with the widely watched 30-year mortgage rate hitting its record low of 2.65%.

Since then, it’s moved up to roughly 3%. This modest concession by the rate-cutting Federal Reserve signals the economy is improving.

The central bankers say they’ll signal again when rates will significantly rise as the economy is deemed cured. Take them at their word and watch interest rates.

The year started with traffic congestion down 69% vs. the crowded commutes of 2019 in San Francisco and off 68% in Los Angeles, according to the TomTom index.

As May started, San Francisco drivers enjoyed only a 24% reduction in traffic jams from the pre-pandemic average and 28% in Los Angeles.

Packed freeways are a sure sign of an economic rebound!

Landlords were forced to fight for renters in 2020 to keep their units occupied for the first time since the Great Recession ended.

Rents in early 2021 have, to put it politely, “stabilized.” According to a Zillow index, San Francisco rents in April were down 8% over 12 months and essentially flat Los Angeles, much like December.

No increase in discounts may pain some renters, but it’s a trend with hope built in. The rebound will be complete when tenants are reminiscing about the pandemic’s rent bargains.

Consider that a debt-per-capita measurement for California shows borrowings have grown at a 2.4% annual rate since 2003, according to the New York Fed.

But the pandemic’s wallop pushed consumer debt growth down to just an 0.3% annual rate in the spring of 2020 — the slowest in three years.

Debt growth back to 1% at 2020’s end shows renewed optimism.

Tourism has been dead for a year, so what it costs to spend a night in a hotel will be a key industry stat to watch.

California hotel owners had to slash room rates by 24% in 2020 just to stay in business, according to TravelCalifornia. There was little improvement in the first quarter as rates were down at a 28% annual pace.

This spring’s reopenings of many attractions statewide — notably theme parks — should give the leisure and hospitality business a much-needed boost.