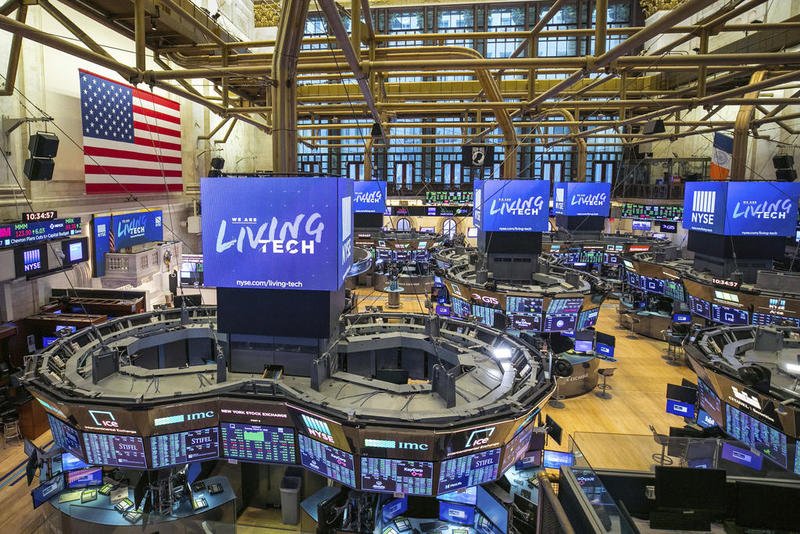 The shares of notable Bay Area companies such as Apple, Intel and Tesla rallied strongly along with the broader stock market Thursday as investors showed their enthusiasm over the coronavirus relief package clearing the Senate and heading toward the House of Representatives for final legislative approval.

The stock market gains also outweighed, at least initially, fears about the historic number of new U.S. unemployment claims. Nearly 3.3 million Americans filed for unemployment assistance for the week ending March 31, a figure that surpassed those that occurred during the financial crisis of 2008.

California wasn’t immune to the job losses mounting as a result of the coronavirus pandemic that’s wreaked havoc upon the economy. The U.S. Bureau of Labor Statistics said there were 187,000 advance claims of unemployment assistance in California last week–more than three times the 58,000 claims made during the week ending March 14.

Apple rose by 1.4%, to $248.22 a share despite reports that the company might delay its annual fall event in which is unveils new iPhones. Such a move would possibly cause Apple to push back the launch of iPhones with 5G mobile technology, and could impact Apple’s business during the Christmas and holiday shopping season.

Facebook shares climbed 2%, to $159.20. On Wednesday, Facebook said it has seen its usage increase during the coronavirus crisis, but its advertising revenue has taken a hit in area with levels of coronavirus cases.