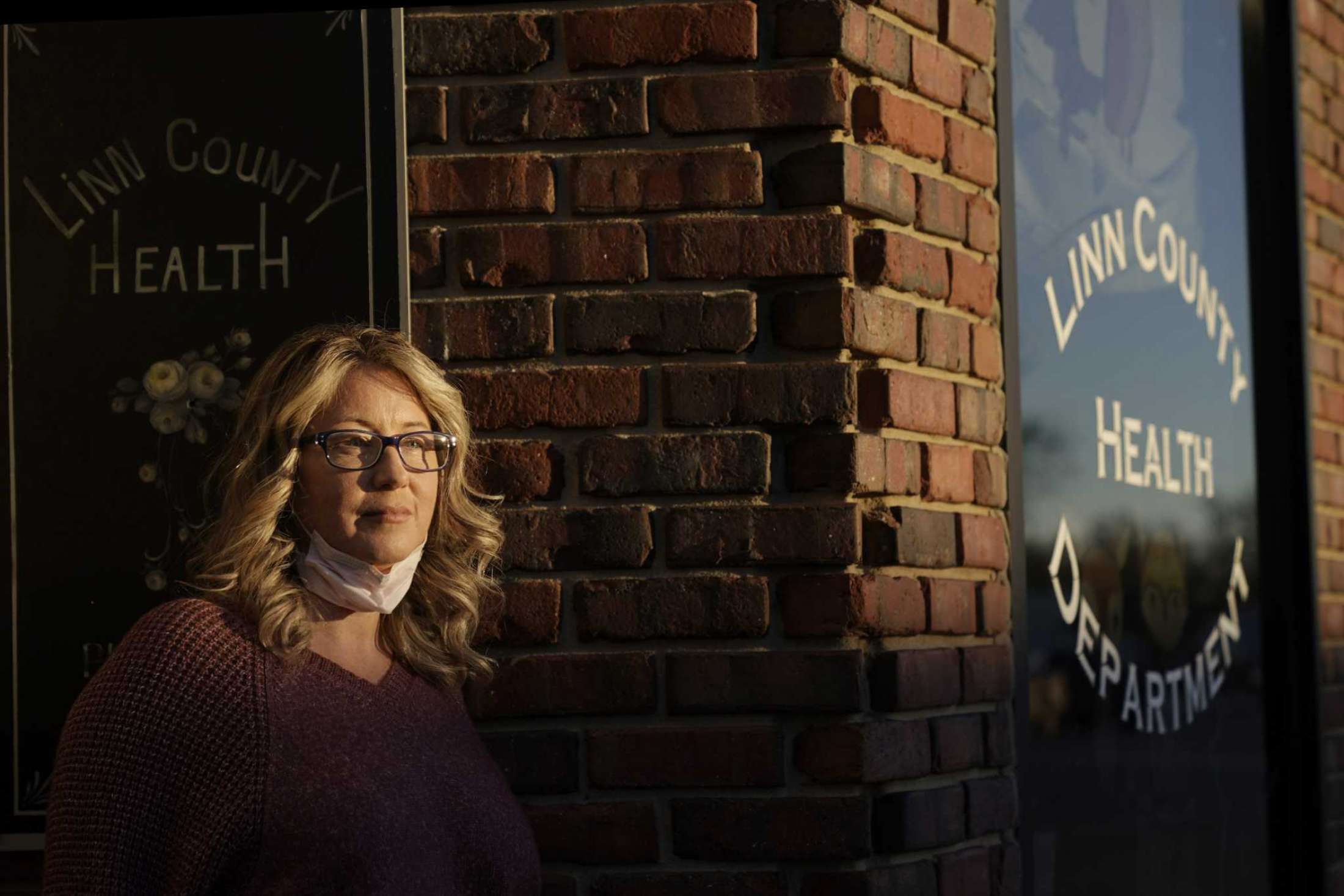 Tisha Coleman has lived in close-knit Linn County, Kansas, for 42 years and never felt so alone.

As the public health administrator, she’s struggled every day of the coronavirus pandemic to keep her rural county along the Missouri border safe. In return, she’s been harassed, sued, vilified — and called a “sheep.”

The months of fighting over masks and quarantines were already wearing her down. Then she got COVID-19, likely from her husband, who refused to require masks at the family hardware store. Her mother got it, too, and died Sunday.

Across the U.S., state and local public health officials have found themselves at the center of a political storm.

Some have become the target of far-right activists, conservative groups and anti-vaccination extremists, who have coalesced around common goals — fighting mask orders, quarantines and contact tracing with protests, threats and personal attacks. Public health powers are being undermined in the courts. Lawmakers in at least 24 states also have crafted legislation to weaken long-held public health powers.

One in 8 Americans — 40 million people — lives in a community that has lost its local public health department leader during the pandemic. Top public health officials in 20 states have left state-level departments, and an untold number of lower-level staffers has also departed.

Many of the leaders exited due to political blowback or pandemic pressure. Some left to take higher-profile positions or due to health concerns. Others were fired for poor performance. Dozens retired.

“We don’t have a long line of people outside of the door who want those jobs,” said Dr. Gianfranco Pezzino, health officer in Shawnee County, Kansas, who had decided to retire from his job at the end of the year. “It’s a huge loss that will be felt probably for generations to come.”

But Pezzino could not even make it to Dec. 31. On Monday, after county commissioners loosened restrictions, he immediately stepped down.

Since the pandemic began, the public health workforce in Kansas has been hit hard — 17 of the state’s 100 health departments have lost leaders since the end of March.

Democratic Gov. Laura Kelly issued a mask mandate in July, but the state legislature allowed counties to opt out. A recent Centers for Disease Control and Prevention report showed the 24 Kansas counties that had upheld the mandate saw a 6% decrease in COVID-19, while the 81 counties that opted out entirely saw a 100% increase.

Coleman pushed for Linn County to uphold the rule, but commissioners wrote that masks are “not necessary to protect the public health and safety of the county.”

Coleman was disappointed but not surprised. “At least I know I’ve done everything I can to attempt to protect the people,” she said.

In Idaho, hundreds of protesters, some armed, swarmed health district offices and health board members’ homes in Boise on Dec. 8, screaming and blaring air horns. They included members of the anti-vaccination group Health Freedom Idaho. The anti-vaccine movement has linked up with political extremists on the right, experts said, and taken on a larger anti-science role, pushing back against other public health measures.

Now, opponents are turning to state legislatures and even the Supreme Court to strip public officials of the legal power they’ve held for decades to stop foodborne illnesses and infectious diseases by closing businesses and quarantining individuals, among other measures.

Lawmakers in Missouri, Louisiana, Ohio, Virginia and at least 20 other states have crafted bills to limit public health powers. In some states, the efforts have failed; in others, legislative leaders have embraced them enthusiastically.

Meanwhile, governors in several states, including Wisconsin, Kansas and Michigan, have been sued by their own legislators or others for using their executive powers to restrict business operations and require masks. In Ohio, a group of lawmakers is seeking to impeach Republican Gov. Mike DeWine over his pandemic rules.

Along with the political backlash, many health officials have faced threats of personal violence. In California, a man with ties to the right-wing, anti-government Boogaloo movement, which is associated with multiple murders, was accused of stalking and threatening Santa Clara’s health officer. He was arrested and pleaded not guilty.

Linda Vail, health officer for Michigan’s Ingham County, has received emails and letters at her home saying she’d be “taken down like the governor,” which she took to be a reference to the thwarted attempt to kidnap Democratic Gov. Gretchen Whitmer.

“I can completely understand why some people, they’re just done,” she said. “There are other places to go work.”

As public health officials depart across the country, the question of who takes their places has plagued Dr. Oxiris Barbot, who left her job as commissioner of New York City’s health department in August amid a clash with Democratic Mayor Bill de Blasio.

“I’m concerned about the degree to which they will have the fortitude to tell elected officials what they need to hear instead of what they want to hear,” Barbot said.

Back in Linn County, cases are rising. As of Dec. 14, 1 out of every 24 residents has tested positive.

“Of course, I could give up, and throw in the towel, but I’m not there yet,” Coleman said.

She has noticed more people are wearing masks these days.

But at the family hardware store, they are still not required.