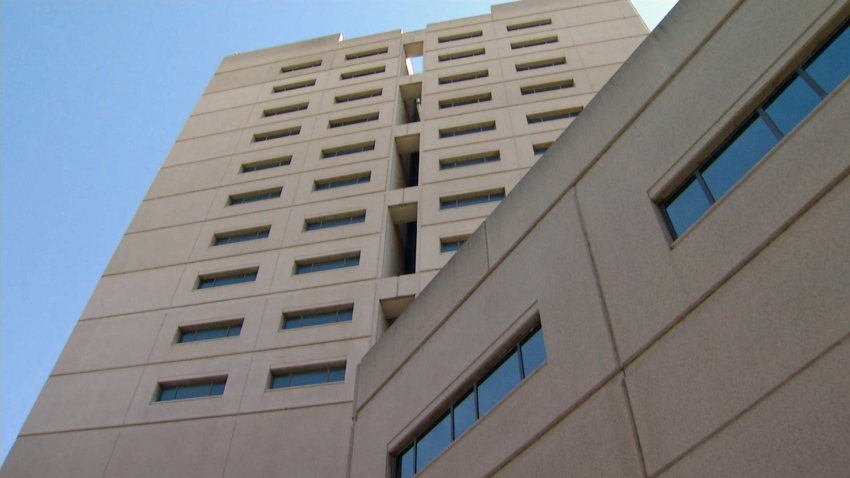 Inmates in Santa Clara County’s jails are on a hunger strike as cases of COVID-19 rage through the correctional system amid reports of unsanitary, unsafe and cruel conditions.

Silicon Valley De-Bug, an advocacy and organizing group, said inmates in the county’s main jail will stage a hunger strike beginning Jan. 13 in protest of “conditions of confinement and cruel and unusual punishment” related to the COVID-19 outbreak.

According to Sheriff’s Office data, the county jails housed 2,212 inmates as of Jan. 14, about a third less than usual after the county released lower-risk individuals early to reduce the risk of COVID-19 transmission. Sheriff’s Office officials told San Jose Spotlight that the increased COVID-19 numbers are due to an outbreak in the men’s dorm at the county’s Elmwood Correctional Complex in Milpitas.

But Silicon Valley De-Bug released a report Thursday detailing conditions in the jails, based on interviews and surveys done with inmates and recently released individuals, indicates serious dangers to inmate health.

“There simply is no population in the county that is in more peril, or more vulnerable to COVID-19, than those incarcerated in our jails,” the statement read.

The report included first-person stories from those inside the jails detailing unsafe and negligent conditions.

“(I am housed in a) dorm setting at M-8-C Elmwood. There are approximately 65 beds and approximately 61 beds full,” said one anonymous inmate in the report. “Last week, every bed was full. The bunks are 2 1/2 feet apart. No room at all for social distancing – if your neighbor coughs, it goes right in your face.”

In an interview with San Jose Spotlight, the mother of an inmate at Main Jail North in San Jose said her son was on a 26-day medical quarantine lockdown after an outbreak in his dorm in December and early January. San Jose Spotlight agreed to withhold her name for fear of retaliation against her son.

The mother said the methods of keeping inmates isolated are cruel, and not necessarily effective.

“During (the quarantine) there were no non-contact visits allowed and communication by phone with them was limited, as well as very limited programming for showers and exercise,” she said. “Those inside who test positive are subject to being placed in unsanitary conditions or solitary confinement, and also subject to not having any contact with their families or friends for a lengthy period of time, which is perceived as punishment.”

Inmates have chronicled alleged mistreatment and unsanitary conditions in county jails for months, including a San Jose Spotlight in September that highlighted “hellhole” conditions, such as isolating sick inmates in cells with rodent feces and forcing them to bathe with a sock and shared bucket of water.

Before this surge, the highest case count at county jails was 91 on Aug. 12. At the time, there were 2,063 in the entire jail system.

Over the past two weeks, there is an average of more than 12 new cases of COVID-19 per day, according to Sheriff’s Office data.

It’s been difficult navigating the correctional system amid the pandemic, the inmate’s mother said.

Often, her only interaction with correctional officers is when she arrives at the jail for scheduled visits with her son. She’s often turned away for regular visits due to COVID-19 exposure.

“It is very disappointing and heartbreaking to be told after you travel to a scheduled visit that you are not able to see your family member nor even being told that your loved one is sick,” the mother said.

Sometimes her phone calls are limited to five minutes, but can be up to 15 minutes, depending on the deputies on duty at the time.

“Since COVID-19 started, we have talked about it at great length and how he can try to protect himself as the information given to them is limited or what they might see on the news,” the mother said. “Those inside feel as though they are not kept informed.”

The mother said her son and other inmates see staff without masks, and that there’s no way to socially distancing when forced to share a cell with another person.

When asked about the conditions, a spokesman for the Santa Clara County’s Sheriff’s Office said all inmates who test positive are moved into designated housing units and are being monitored by medical staff.

The office’s COVID-19 contact tracing unit is still working to identify the possible source of the latest outbreak and mitigate further exposure.

“Since the beginning of this pandemic, our goal remains the same,” said Sgt. Michael Low. “We are doing everything within our capacity to mitigate the spread of this contagious virus and to protect the health and safety of everyone within our facilities and community.”

However, the De-Bug report found that most inmates are not provided with proper sanitary supplies or given the opportunity to practice proper hygiene.

“(When I tested COVID-19 positive), my experience was very frightening,” said another anonymous inmate in the report. “I did not shower for 4 days. I was not given clean clothes. The same number of days I was in lockdown. For over 96 hours continuously, no cleaning supplies were provided.”

The individual was given Tylenol and their only interaction with the outside world was food handed through a door.

As California moves forward with vaccinating more people, inmates will soon be eligible for vaccinations under Phase 1B Tier 2, along with the unhoused and others in “congregate settings with outbreak risk,” according to the state’s COVID-19 website.

County health officials would not say how vaccines will be distributed among inmates, how they’ll be tracked or if inmates will be forced to take one.

“As you can imagine, a lot of effort is going into planning the next stages of vaccine administration,” a spokesperson for the county public health department said in an email to San Jose Spotlight. “We hope to have more detailed next steps for you in the coming days and will provide information to the media to be transparent and keep the public informed.”

The De-Bug report calls for the county District Attorney’s Office to work with the Public Defender’s Office to “expedite mass releases” of vaccine, as well as for the county’s presiding judge to “extend decarceral policies such as the Zero Bail model.”

The report also asks for policing agencies in the county to use “cite and release” options instead of using pre-trial confinement in jails.