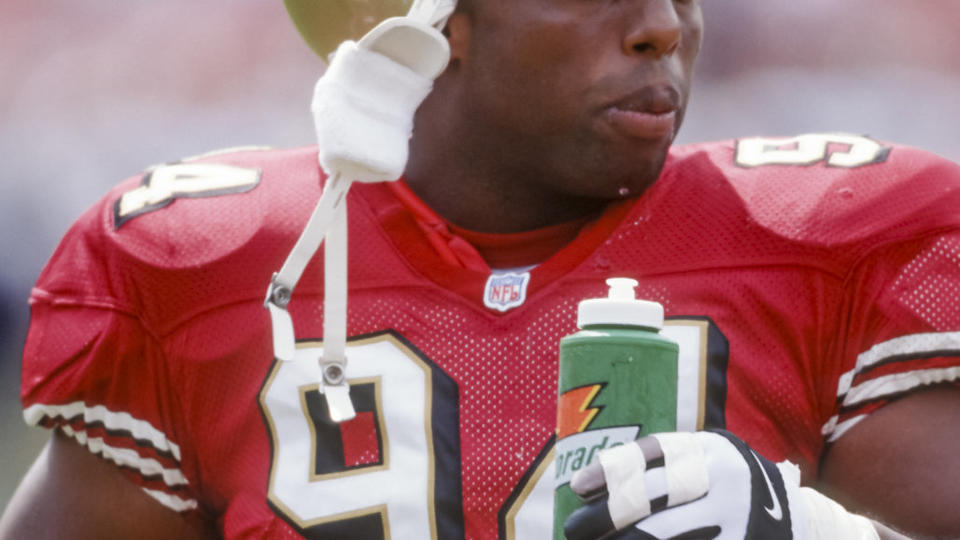 A jury in Santa Clara, California found Stubblefield guilty on Monday of rape by force, oral copulation by force and false imprisonment. The jury determined he used a gun in the act.

He was found not guilty on a third charge of rape of a person incapable of giving consent.

Stubblefield faces 15 years to life in prison after the conviction.

Woman showed up for a babysitting interview

Prosecutors argued that Stubblefield lured the 31-year-old woman to his California home in 2015 through a babysitting website. She went to his home under the presumption of a job interview.

According to prosecutors, the woman left after a 20-minute interview, but returned when Stubblefield texted her with the promise to pay her for her mileage and her time. That’s when prosecutors say Stubblefield raped her. The woman reported the crime to police after the attack, and DNA evidence was collected.

Stubblefield’s attorney Ken Rosenfeld argued in 2016 that the sex was consensual and that the rape accusation amounted to a money grab.

“She then texted him on more than 20 occasions asking him for money,” Rosenfeld said in 2016. “We’re going to prove all of this.”

The jury was not convinced by the defense’s case and reached Monday’s verdict following a nine-month trial.

Stubblefield was married with two young children at the time of the assault. His wife filed for divorce and custody shortly after he was charged.

Stubblefield played 11 seasons in the NFL, winning a Super Bowl and earning three Pro Bowl nods with the San Francisco 49ers after they selected him in the first round of the 1993 NFL draft. The defensive tackle also won Defensive Rookie of the Year, Defensive Player of the Year and was named All-Pro once during his seven seasons with the 49ers.

Stubblefield also played with Washington and the Oakland Raiders.