Driving the Polestar 2, The First Electric Car with a Brain by Google 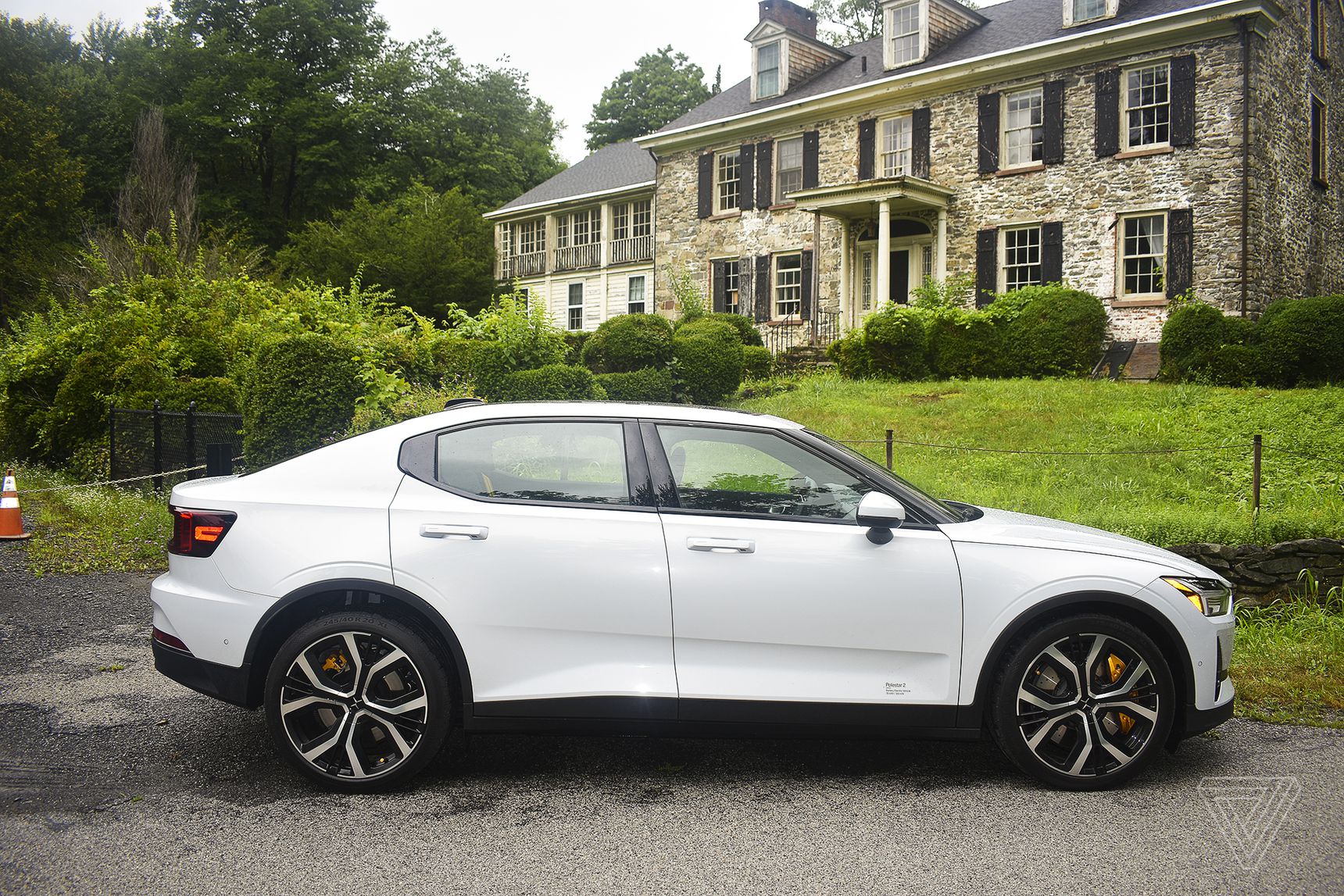 henWhen the invitation came to drive the Polestar 2, the new luxury electric vehicle from Volvo, I jumped at the chance. The drive would be about 120 miles roundtrip from the company’s new pop-up spot in Midtown Manhattan to Storm King, a vast sculpture garden about an hour north of the city along the Hudson River. What better way to shake off my COVID-19 cabin fever than carving up one of the most scenic drives in New York State in a brand new electric car?

But the Polestar 2 is not just any EV. It’s the first electric car — or really the first of any kind of car — to have a brain exclusively powered by Google. This native Android Automotive operating system controls everything from the radio to heating and air conditioning to navigation. You can even use Google Assistant to turn on the seat-heaters: “Hey Google, my butt is cold.” WHAT BETTER WAY TO SHAKE OFF MY COVID-19 CABIN FEVER THAN CARVING UP ONE OF THE MOST SCENIC DRIVES IN NEW YORK STATE?

There was a minor hiccup within the first few minutes behind the wheel: it turned out the car they gave me didn’t have a working internet connection. They’d given me a lobotomized car. After trying — and failing — to troubleshoot the problem by loading and reloading various user profiles through the central touchscreen, and even rebooting the car’s battery, it still refused to connect. (Yes, we literally tried unplugging the car and plugging it back in.) It turned out the car didn’t have the latest connectivity software, which the company thought it had pushed through an over-the-air update that morning. A little embarrassing, but not a huge deal. They gave me a new Polestar 2 when I got to Storm King. But for the first leg of the journey, I would be driving just a regular electric car with no fancy infotainment system.

But here’s the weird thing: it was still really great to drive. The Polestar 2’s electric motors are highly capable at delivering power with subtly and ease. There’s nothing jerky about the acceleration, just smooth refinement. The car grips the road and the steering feels precise. The central touchscreen is large and easy to navigate, creating a user experience that felt intuitive but not distracting. The advanced driver assist system was no Tesla Autopilot, but it got the job done. And the interior was minimalistic without going overboard on the conceit like some electric vehicles (cough-Tesla-cough).

Polestar is not a household name, but Volvo is hoping to lend its subsidiary some credibility as it seeks to compete with Tesla. But if it really hopes to take on the Model 3 — aka, the best-selling electric car in America — it will need to do some serious catching up. That starts now, as the first models arrive in the US via boat from Polestar’s manufacturing facility in China.

The company was spun out of Volvo in 2016 as its performance sub-brand, but has since recast itself as an EV-only marque. Polestar is jointly owned by Volvo and the automaker’s Chinese parent company, Geely. It’s truly an automaker with dual citizenship, with a headquarters based in Gothenburg and an assembly line in Chengdu.

What about the Polestar 2’s predecessor? The first Polestar was very attractive, very exclusive, and very expensive. The hybrid coupe, which came out in 2017, had 600 horsepower generated by a four-cylinder engine on the front axle and two electric motors on the rear axle. It cost $155,000 and Polestar is only making 1,500 of them worldwide, with 150 for North America. THE FIRST ELECTRIC CAR FROM THE VOLVO CAR GROUP

Polestar expects to introduce its next car late next year, the Polestar 3 compact SUV, built on Volvo’s new SPA2 all-electric platform. That will allow a shift in design aesthetic toward something more cutting edge, hinted at in Polestar’s Precept concept car.

But the Polestar 2 is the first electric car from the Volvo Car Group and a glimpse into the Swedish car company’s approach to battery-powered propulsion. The specs of the Polestar 2 are well-reported at this point — we’ve been writing about the vehicle since it was announced in early 2019 — but just in case, here’s a quick refresher:

One of the best things about the Polestar 2 is that it isn’t an SUV. It may be based on the Volvo XC40 platform, but unlike the Audi E-tron or the Mercedes EQC, the Polestar is essentially a hatchback disguised as a sedan. Technically, with its sloping roof lines, it’s a fastback with an incredibly spacious trunk. But the fact that Volvo went with a vehicle that wasn’t a pickup truck or SUV as its first battery-electric car is encouraging. Even radical.

The Polestar 2 may look large and slab-like in pictures, but in real life, it’s actually quite compact. Lengthwise, it’s shorter than both a BMW 3-series and a Mercedes S-Class. Still, it has a hefty outward appearance, which earns it more looks than you would expect. I even got catcalled by a New York City construction worker.

The lighting scheme is very cool. You’ve got the “Thor’s hammer” front headlights that are common across Volvo’s lineup. In the rear, the full-width wraparound LED lights are reminiscent of KITT from Knight Rider. But the feeling is futuristic rather than nostalgic — which is probably what Polestar is aiming for.

That vibe is fully realized in the Polestar 2’s interior, which is comfortably sparse and 100 percent vegan, meaning there are no animal products included. The car is outfitted with vegan textiles, though a ventilated Nappa leather option is also available. Beyond that, you can add a performance package, metallic paint, and 20-inch rims, and that’s about as much configuration tinkering as Polestar will allow.

Much of the cool stuff about this car comes as standard on the launch model, including the bezel-less rearview mirrors, the panoramic sunroof, the touch-activated lights for people sitting in the back, and, of course, the glories of Android Automotive.

The Polestar 2 has a key — a chunky looking fob that fortunately is immediately made irrelevant because this is a car that can be turned on using only your phone. Once seated, you only need to close the door, press the brake pedal, and click the gear shift to the desired direction in order to drive.

But first, the ride itself. As I mentioned, the day Polestar invited me out happened to be the day Tropical Storm Isaias slammed into the east coast, soaking the region with rain and high winds. The first leg of the trip was overcast but calm. It was only after switching cars at Storm King that things got positively apocalyptic.