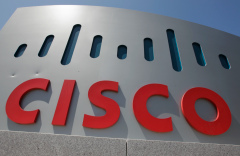 In August, Sudhish Kasaba Ramesh, 31, of San Jose, pleaded guilty in U.S. District Court to one count of intentionally accessing a protected computer without authorization and recklessly causing damage, the U.S. Attorney’s Office said in a news release.

According to his plea agreement, Ramesh, who resigned from the company in April 2018, admitted to accessing the company’s cloud infrastructure on Sept. 24, 2018, authorities said. Ramesh then deployed code from his Google Cloud Project that resulted in the deletion of 456 virtual machines for Cisco’s WebEx Teams application, which provides video meetings, file sharing and other collaboration tools.

More than 16,000 WebEx Teams accounts were shut down for up to two weeks as a result of Ramesh’s conduct, authorities said. The company also spent about $1.4 million in employee time to repair the damage and refunded $1 million to affected customers.

Ramesh is out of custody and is scheduled to begin serving his prison term on Feb. 10.