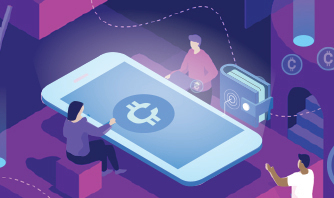 In May 2010, Laszlo Hanyecz made history when he purchased two large pizzas from Papa John’s for 10,000 bitcoins, about $30. Today, that same purchase would equate to more than $560 million.

In just the past year, cryptocurrency’s total value has skyrocketed by nearly 500%. And Bitcoin, which was worth less than a penny when it launched, hit a high of $61,683 per coin last week. Here’s an introduction to this mysterious currency and how it works.

It’s virtual money represented as tokens. Your token represents a specific amount of cryptocurrency you own based on the current market value. You can sell that token, or you can cash it out at market value.

Unlike centralized currency, which is government controlled, cryptocurrency is decentralized. Its value is controlled by the network based on supply and demand.

TOP 10 CRYPTOCURRENCIESAccording to the nonprofit news organization Marketplace.org, there are more than 7,800 cryptocurrencies in existence and more are popping up all the time. Here are the top 10 based on total value.

(1) When you buy or transfer cryptocurrency, your money goes into your digital wallet (account) to fund the currency, or virtual tokens, via an exchange such as CoinBase or Gemini.

(2) All transactions are verified through a peer-to-peer network of computers that participate in the mining, or verification, process.

(3) Miners work with networks of very powerful computers to audit or solve the complex mathematical matching that ensures the legitimacy of transactions (proof of work).

(4) When 1 megabyte of data is verified (mined), it creates a block that is a permanent timestamp of every completed transaction. With each block completed, miners are rewarded cryptocurrency tokens. This releases more tokens into circulation.

(5) The completed block is linked to the previous block to create the blockchain. Each block is part of the public ledger that creates a permanent record. The data in the blockchain is interlocked, making it impossible to alter without modifying all of the preceding blocks.

Bitcoin supply was capped at 21 million tokens by its pseudonymous creator, Satoshi Nakamoto. The value was established at less than one cent per token. Once bitcoins were purchased, it put into motion the blockchain technology. The amount of tokens available for circulation is based on complex mathematical equations solved with Bitcoin software, where the codes are stored.

In 2009, Bitcoin was created with the “Genesis block,” the first block mined. It was mined almost immediately with a single computer. Initially, miners were rewarded with 50 bitcoins per block, but the rewards are halved approximately every four years, based on the number of miners.

Today, with approximately 3 million bitcoins left to be mined, mining is 21.4 trillion times as difficult, requiring massive, specialized computers. Even though miners receive a fraction of a bitcoin for each block mined, the rewards can be lucrative because of the value of a bitcoin.

CRYPTOCURRENCY WALLETSCryptocurrency is not kept in bank accounts like conventional money. It’s kept in cryptocurrency wallets, which are secure software programs designed to keep track of funds. Each wallet contains one or more private keys – secret numbers – that are saved in the wallet file and allow the cryptocurrency to be spent. Private keys allow you to move funds out of your account. Public keys allow others to receive funds. Each cryptocurrency has its own unique keys.

Cold walletsThese wallets are the preferred storage method for people with a significant amount of tokens because they are not connected to the internet. They are physical devices.

Hot walletsThese wallets are connected to the internet and are free with exchange websites such as Coinbase or Kraken. Hot wallets aren’t physical; they are software that can be installed on your devices or in the cloud.

THE RISE OF BITCOINBitcoin hit a record high last week, reaching a total value of $1 trillion. While some analysts have warned that it is it a poor hedge against the fall of stock prices, Bitcoin’s gains have been fueled by signs it is winning acceptance among mainstream investors and companies, from Tesla and Mastercard to BNY Mellon. University endowments at Harvard, Dartmouth, Stanford, Michigan State and MIT have also invested in Bitcoin.