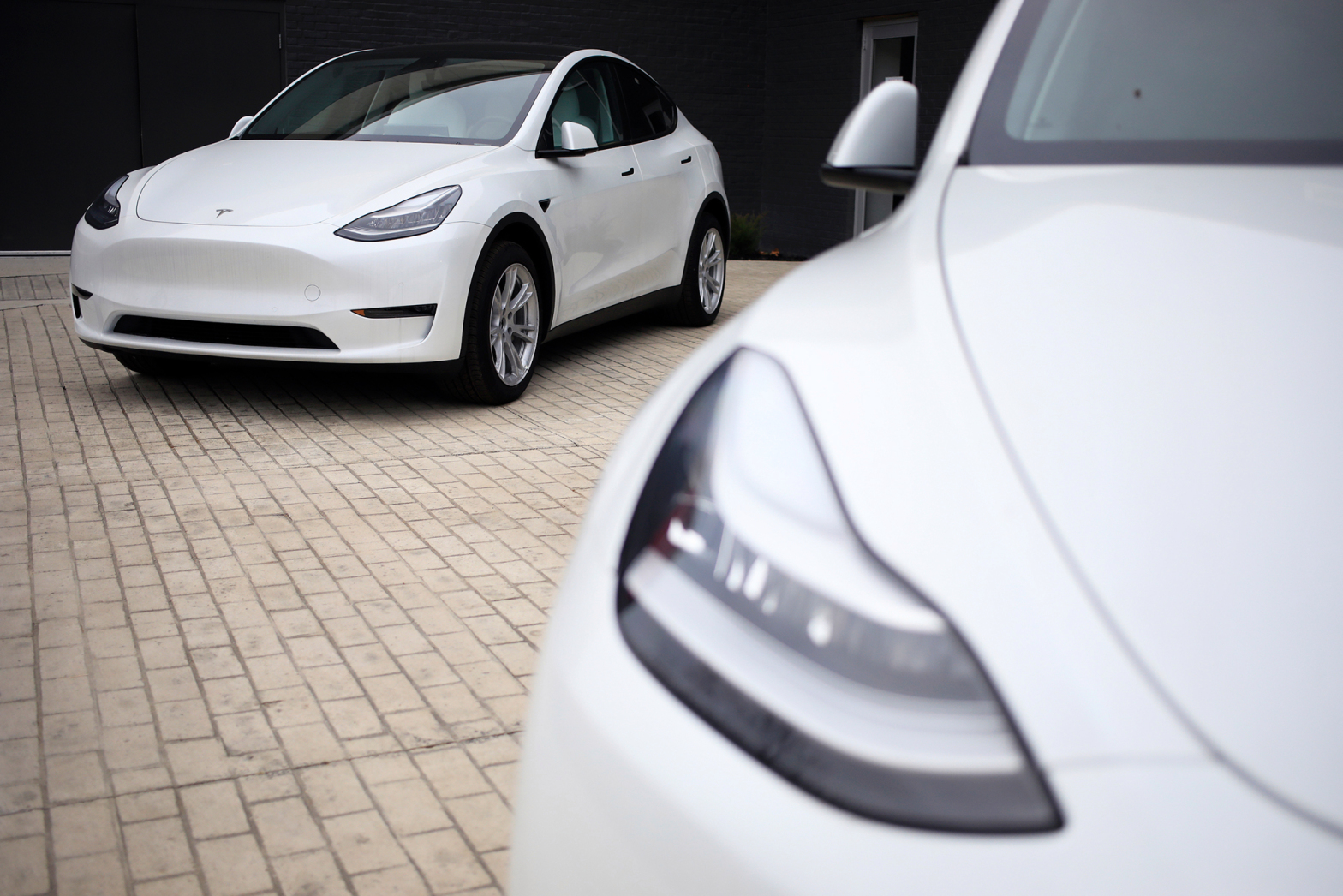 Tesla posted its first full year of net income in 2020 — but not because of sales to its customers.

Eleven states require automakers sell a certain percentage of zero-emissions vehicles by 2025. If they can’t, the automakers have to buy regulatory credits from another automaker that meets those requirements — such as Tesla, which exclusively sells electric cars.

It’s a lucrative business for Tesla — bringing in $3.3 billion over the course of the last five years, nearly half of that in 2020 alone. The $1.6 billion in regulatory credits it received last year far outweighed Tesla’s net income of $721 million — meaning Tesla would have otherwise posted a net loss in 2020.

“This is always an area that’s extremely difficult for us to forecast,” said Tesla’s Chief Financial Officer Zachary Kirkhorn. “In the long term, regulatory credit sales will not be a material part of the business, and we don’t plan the business around that. It’s possible that for a handful of additional quarters, it remains strong. It’s also possible that it’s not.”

The 11 states which will require a certain percentage of cars to be zero emission vehicles, or the automakers to purchase credits from a company like Tesla which has exceeded the target, are California, Colorado, Connecticut, Maine, Maryland, Massachusetts, New York, New Jersey, Oregon, Rhode Island and Vermont.

Tesla also reports other measures of profitability, as do many other companies. And by those measures, the profits are great enough that they do not depend on the sales of credits to be in the black.

The company reported 2020 adjusted net income, excluding items such as $1.7 billion stock-based compensation, of $2.5 billion. Its automotive gross profit, which compares total revenue from its car business to expenses directly associated with the building the cars, was $5.4 billion, even excluding the regulatory credits sales revenue. And its free cash flow of $2.8 billion was up 158% from a year earlier, a dramatic turnaround from 2018 when Tesla was burning through cash and in danger of running out of money.

Its supporters say those measures show Tesla is making money at last after years of losses in most of those measures. That profitability is one of the reasons the stock performed so well for more than a year.

But the debate between skeptics and devotees of the company whether Tesla is truly profitable has become a “Holy War,” according to Gene Munster, managing partner of Loup Ventures and a leading tech analyst.

“They’re debating two different things. They’ll never come to a resolution,” he said. Munster believes critics focus too much on how the credits still exceed net income. He contends that automotive gross profit margin, excluding those sales of regulatory credits, is the best barometer for the company’s financial success.

“It’s a leading indicator,” of that measure of Tesla’s profit, he said. “There’s no chance that GM and VW are making money on that basis on their EVs.”

The future of Tesla

Tesla’s lofty stock performance — up 743% in 2020 — makes it one of the most valuable US companies in the world. Yet the 500,000 cars it sold in 2020 were a sliver of more than 70 million vehicles estimated to have been sold worldwide.

Tesla shares are now worth roughly as much as those of the combined 12 largest automakers who sell more than 90% of autos globally.

What Tesla has that other automakers don’t is rapid growth — last week it forecast annual sales growth of 50% in coming years, and it expects to do even better than that in 2021 as other automakers struggle to get back to pre-pandemic sales levels.

The entire industry is moving toward an all-electric future, both to meet tougher environmental regulations globally and to satisfy the growing appetite for EVs, partly because they require less labor, fewer parts and cost less to build than traditional gasoline-powered cars.

“Something most people can agree on is that EVs are the future,” said Munster. “I think that’s a safe assumption.”

While Tesla is the leading maker of electric cars, it faces increased competition as virtually every automaker rolls out their own EVs, or plan to do so. Volkswagen has passed Tesla in terms of EV sales in most of Europe. GM said last week it hopes to shift completely to emissions-free cars by 2035.

“The competition is rendering Tesla’s cars irrelevant,” said GLJ’ Resarch’s Johnson. “We do not see this as a sustainable business model.”

Other analysts contend Tesla’s share price is justified given how it can benefit from the shift to electric vehicles.

“They’re not going to stay at 80-90% share of the EV market, but they can keep growing even with much lower market share,” said Daniel Ives, a technology analyst with Wedbush Securities. “We’re looking at north of 3 million to 4 million vehicles annually as we go into 2025-26, with 40% of that growth coming from China. We believe now they are on the trajectory that even without [the EV] credits they’ll still be profitable.”