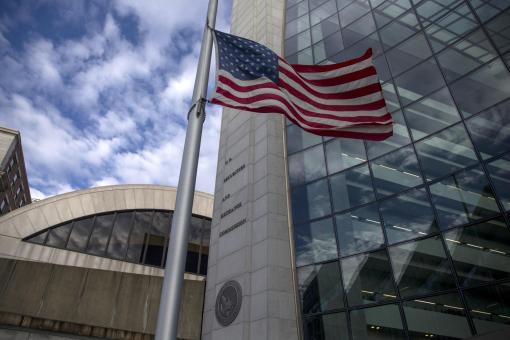 A Rancho Santa Margarita man labeled a “securities fraud recidivist” and an accomplice are suspected of defrauding investors out of at least $763,500 by making false claims about a nonexistent pharmaceutical company, according to federal investigators.

A U.S. Securities and Exchange Commission complaint filed in federal court last week alleges Lambert Vander Tuig, while using an alias to hide a 2014 conviction in connection with a $50 million Ponzi scheme, sold unregistered investments in Biosynetics, a company he claimed was registered in Wyoming.

Ben Schachtschneider, a “cold caller” from Costa Mesa who allegedly worked closely with Vander Tuig in the scheme, also is named as a defendant in the complaint.

From May 2018 until at least October 2020, Vander Tuig, Schachtschneider and others fraudulently raised at least $763,500 from 28 investors, including a retired firefighter, a retired military officer and several small business owners, according to the complaint. The defendants allegedly claimed Biosynetics produced a sleep aid called SOMNUS VI and had secured distribution agreements with major retailers, including Costco and Walmart.

“In fact, no such agreements exist or existed,” says the complaint. “They also told investors that investments in Biosynetics would yield extraordinary returns when they had no basis for such representations.”

Vander Tuig and Schachtschneider also provided investors with Biosynetics documents that included the names of two company executives who either don’t exist or at the very least don’t have the backgrounds described in the materials, according to the complaint.

Vander Tuig and Schachtschneider also allegedly represented that investor proceeds would be used for raw materials, lab development, and other research and development expenses while pocketing about $107,000 for their own purposes.

“In fact, most investor proceeds were misappropriated and used for cash or other bank withdrawals, retail, restaurant and travel expenses, payments to cold-callers working at Vander Tuig’s direction, and various unrelated entities,” the complaint says.

The SEC also outlined several other bogus claims made by Vander Tuig, who used the alias “Michael Andrews” to present himself to investors as the chief financial officer and as the holder of several other executive titles at Biosynetics.

“Vander Tuig, posing as ‘Michael Andrews,’ stated at a meeting with an investor that Biosynetics had a processing facility in central California and exclusive rights to a growing facility in northern California,” the complaint says. “He also told the investor that a doctor was conducting research on the company’s products at the University of California, San Diego and that the company was currently selling its products under various unspecified brand names.”

The SEC determined  Biosynetics did not own or operate its own laboratories, and had no relationship with UC San Diego.

Schachtschneider, who used the alias Ben Schock, also sent a fraudulent email to an investor stating that BioSynetics had a patent pending for a compound to treat post-traumatic stress disorder and amyotrophic lateral sclerosis, also known as Lou Gehrig’s disease, according to the SEC.

Additionally, the SEC alleges Vander Tuig used an alias to hide his November 2014 guilty plea to securities fraud and grand theft charges. He was sentenced to 20 years in prison and ordered to pay $50 million in restitution.

The complaint says Vander Tuig was freed from prison prior to the start of the alleged Biosynetics scam in 2018, but doesn’t explain the reason for his release. An investigation into the scheme is ongoing.