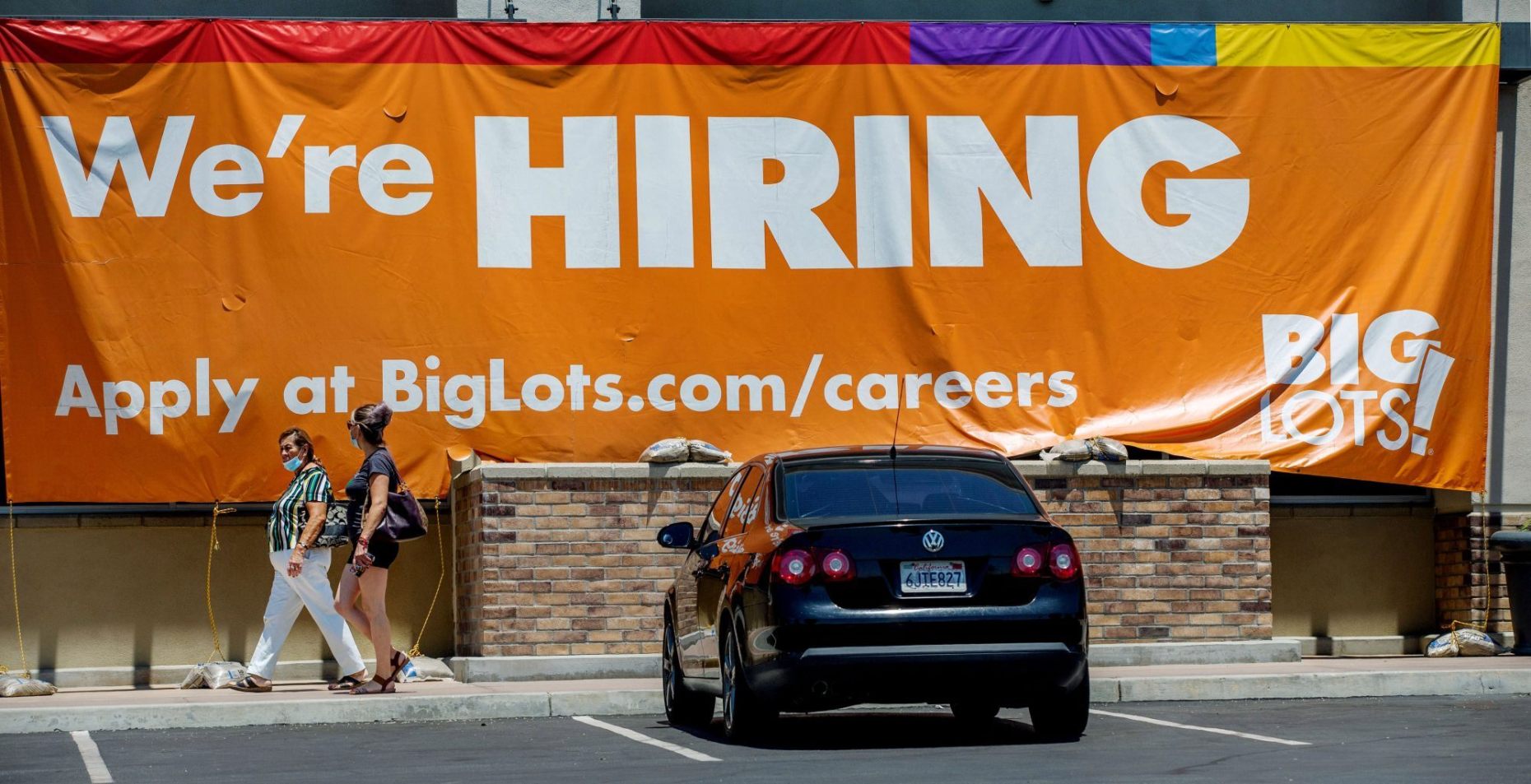 Help wanted signs throughout California are getting the cold shoulder from workers reluctant to resume thousands of open service-industry jobs.

Businesses hoping to see a mad rush of applicants are struggling to fill all of their openings, forcing many to offer bonuses and other incentives.

Katie Richardson is one of many thwarted recruiters.

Richardson works for Zislis Group, which is tasked with finding job applicants for a number of hotels and restaurants in the South Bay.

“It’s really frustrating,” she said. “We’ve tried all different kinds of strategies to bring people in.”

Some of those strategies include a $500 sign-on bonus and an employee-referral bonus that rose from $200 to $500.

They are in particular need of “back-of-house” workers, such as line cooks and dishwashers.

“We’ve got about 75 openings right now, but people just aren’t looking,” Richardson said. “Restaurant groups are also increasing their wages, but there’s no one there to take the jobs.”

“We’re a staffing agency, but no one wants to work,” she said. “I have a bunch of clients calling me that are hiring, but it’s difficult to find anybody. It’s been a big struggle over the past year, and it’s gotten worse over the past four or five months.”

US hiring gets a boost

Employers across the U.S. added 850,000 jobs in June, well above the average of the previous three months and a sign that companies may be having an easier time finding enough workers to fill open jobs.

Hiring in June was particularly strong in restaurants, bars and hotels, which collectively absorbed the brunt of the layoffs from the recession. Those businesses added 343,000 jobs. Governments added 188,000 positions, mostly in education. And hiring by retailers picked up, with 67,000 jobs added.

Inducements and higher wages are helping bring more workers back to work. The proportion of Americans in their prime working years — ages 25 to 54 — who are either working or looking for work rose in June at a solid pace, though it remains below pre-pandemic levels.

Jose Martinez, an economics professor at Cal State Dominguez Hills, attributes the local labor malaise to a variety of factors.

“You have to remember that the labor force participation rate was very high before the pandemic,” he said. “Almost everyone was working, so anything looks worse compared to that. But I also think a lot of people have reassessed their priorities. They’re thinking, ‘Do I really want to work 60 hours a week?’ They’re thinking twice before getting back into the labor force.”

Martinez said some minimum-wage workers figure it doesn’t make sense to work for so little when they also have to pay for child care, while others remain fearful of returning to work amid the COVID-19 pandemic.

He acknowledged that some low-paid employees are currently earning more through unemployment and stimulus benefits than they would if they returned to work. But that won’t last long, as the $600 in weekly federal assistance many were getting has already been cut to $300, and jobless benefits will also be running out.

Still, others, including J.M. Basulto, are desperate for work.

The 61-year-old Sylmar resident was a heavy equipment operator with a San Bernardino-based construction company when projects began drying up as a result of COVID-19 closures and restrictions.

He’s been out of work for seven months.

“My work took me all over the place because it’s a pretty elite group of people who know how to operate those caterpillars, bulldozers and other machines,” he said. “But the projects started ending during the pandemic when building permits weren’t being given out.”

Basulto, who snagged temporary work doing maintenance for a food-service company, hopes to get a job as a ride operator at the Six Flags Magic Mountain theme park in Valencia.

“It’s been frustrating, but I feel optimistic,” he said.

Yet there are still factors holding back many people from taking jobs. About 1.6 million people across the U.S. said they didn’t look for work in June for fear of contracting the virus, though that figure dropped from 2.5 million in the previous month. And 2.6 million people who were working before the pandemic have retired. The proportion of Americans who quit their jobs in April reached its highest level in more than 20 years.

WorkForce Software, a business that helps companies manage their operations, is also seeing a scramble among employers to find workers.

“Across the board, our customers are reporting they are seeing a major battle for talent,”  said Sandra Moran, the company’s chief marketing officer. “Employees across industries are realizing that companies are desperate to fill open roles, and are demanding better workplace experiences.”

State job figures show Southern California’s unemployment rate for May was 8.7%, down from 9.4% the previous month but well above the February 2020 rate of 4.2% before COVID-19 shackled the region’s economy.

San Manuel Casino is midway through a push to hire 2,000 additional workers, including additional cooks, custodians and dishwashers as the Highland facility continues its $550 million expansion.

Rod McDermott is the CEO and founder of Activate 180, an Irvine-based company that helps people who may be feeling stuck, hesitant — or even conflicted — about changing jobs or careers. Some fully employed workers, he said, are looking to move on.

“Part of the reason employees are looking to leave is pent-up demand to try something new,” he said. “If they were thinking about leaving their job before the pandemic hit, that desire for change is even more pronounced now for two reasons. First, they stayed a year longer than they planned and, second, there’s huge demand right now for candidates.”

Michael Kachoeff, owner and manager of The 6740, a trendy restaurant/gastro pub in Whittier, saw the labor slowdown coming and hedged his bets early on.

“I started hiring people months ago and just giving them a few hours,” he said. “I’m opening slower than I would need to, but I’ll have plenty of hours for our servers.”