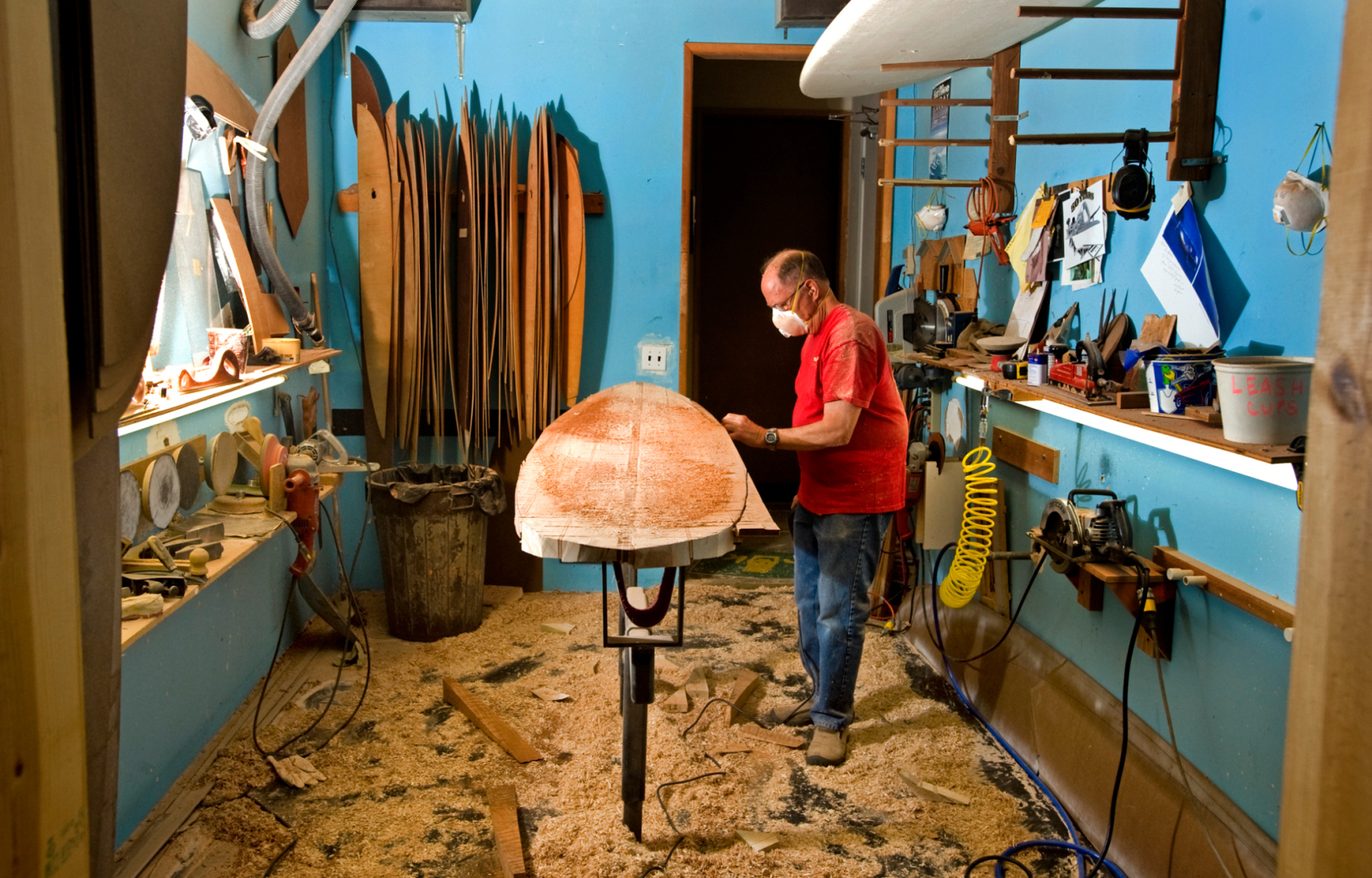 When Rich Harbour’s surfboard was stolen from his yard, the Seal Beach teenager had no choice but to build himself another one.

It wasn’t long before Harbour Surfboards was born, with its owner through the decades molding his way into becoming one of the most iconic surfboard makers in history, eventually staking claim to having the longest operating surf shop in its original location.

Rich Harbor works in the shaping room of Harbour Surfboards in Seal Beach in 2010. He started the shop on Main Street in 1962, which still exists today. (File photo: MICHAEL GOULDING/SCNG)

Harbour, 77, died on Sunday, July 11, surrounded by family and friends at his Seal Beach home.

“I think he would say he lived a complete life with no regrets and (he was) happy he accomplished everything he could,” said longtime business partner Robert Howson, who bought and operates the Harbour Surf Shop retail operation.

Harbour started riding waves in Seal Beach on an inflatable surf mat; it was his mother, Alice, who suggested he try a surfboard.

And once he did, he was hooked. But after that first board was taken from his yard, Harbour asked his father, who worked in the aerospace industry, for help building a new one.

Soon, friends wanted boards and he started his business, purchasing a license for $15 from the city of Seal Beach on June 30, 1962. Just 16, he had to put his dad’s name on it.

Harbour included a 1 on his first board, and every one he built over the next six decades got a number – the last board he created in 2019 sold to a fan in Japan, who got number 32,680.

Harbour was one of the early board-makers who started out with heavy wood and transitioned to foam when the lighter material started becoming more popular.

Through the decades, big-name shapers such as Mike Marshall, Dale Velzy and, more recently, Tim Stamps, shaped under the Harbour label before branching out on their own.

“I think he was such a dad to everybody, not just his own family. He was such a father figure to everyone who came in here, everyone who worked for him, everyone who knew him,” daughter Melissa Harbour-Hennessy said. “I didn’t realize until later in my life, I shared him with so many people. Everyone constantly said how they looked up to him for guidance and advice and direction, in life, and he gave it to them. That was really special, and that’s living on with everyone. They all have a piece of him.”

Howson said Harbour was an incredibly giving man – of his time, his expertise and his general knowledge. Hot-doggin’ surfers from the Long Beach, Seal Beach and Huntington area became part of his elite surf team in the ’60s and ’70s, proudly wearing the team jacket and representing the shop in contests.

“He really did mentor a lot of these people, these kids,” said Howson, himself once a Harbour team rider. “I don’t think any one of them will ever forget coming in contact with Rich Harbour, ever.”

Harbour was one of the few of his time who withstood the waves of change in the surf world: enduring the shortboard revolution that sent competitors and friends into retirement, the sudden closure of blank manufacturer Clark Foam in 2005 that crippled the industry and several economic downturns.

Harbour had fans around the world and a cult-like following among surfboard enthusiasts, some who gathered over the years at Harbour Surf Days to ride waves at Bolsa Chica State Beach and sharing stories about his boards, both historic and new designs.

Before health issues started taking a toll, Harbour would show up with his camera, a surf celeb sitting in his beach chair on the sand, taking photos of people enjoying his creations.

“He was more than a surfboard shaper, he gave back to everyone,” Harbour-Hennessy said. “Everyone looked up to him and loved him for that.”

Friend Eric Lewis knew Harbour from outside of the surf world, calling Harbour a self-made engineer who decided to make surfboards for his career.

“He always took me under his wing when we had projects to do, we learned things from each other,” Lewis said.

“He constantly sought to innovate,” Howson said. “He always wanted to make a better surfboard.”