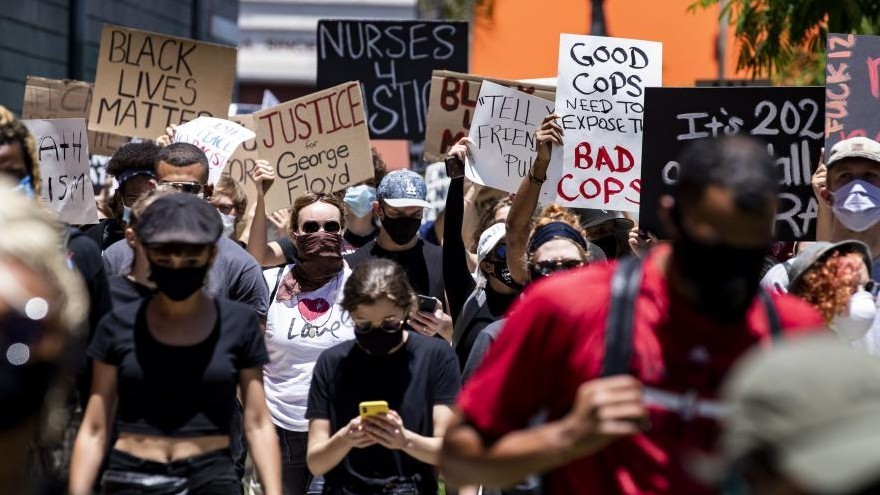 In the three and a half months since police killed George Floyd, touching off once-in-a generation protests against police brutality and systemic racism, police have killed at least 299 people-disproportionately Black people, according to data provided by MappingPoliceViolence.org.

At least 54 Black people have been killed by police in the United States since May 26 – the day after Minneapolis Police Officer Derek Chauvin kneeled on Floyd’s neck for nearly nine minutes as he repeatedly called out, “I can’t breathe.”

Black people are only 13.4% of the U.S. population according to census data, but make up at least 18% of people killed by police since Floyd’s death.

These incidents keep happening and it’s this anger and frustration-particularly in the Black community-that continues to bring people out to streets in protest and demand change of elected representatives.

The inequity in outcomes in interactions Black people have with police compared to white people was on full display in the recent violence in Kenosha, Wisconsin.

A white 17-year-old shot three people, killing two during clashes in the streets and is seen on video walking past police officers with a rifle over his shoulder.

Just days earlier Jacob Blake, a Black man, was shot seven times in the back while unarmed. Officers later report finding a knife in the vehicle after the shooting.

Dr. Morgan is a professor at Santa Clara University who recently shared with ABC7 News her story of being racially profiled by campus security who wanted proof Morgan lived in her home.

In this case an I.D. was enough to deescalate the situation, but in so many high-profile police killings of Black and brown women and men evidence, however clear, is often not enough to be convincing to some.

“There’s still never enough evidence to absolve Black people. There’s always a question of, ‘Well, what happened before the video started? What happened you know in the past? What happened prior to the moment that the filming actually started? And how does this justify what took place’,” said Dr. Morgan.

Watching these incidents play out can be painful and traumatic for many Black people in America who can easily picture themselves as the victim.

“There’s a lot of people in the Black community who are experiencing what I like to call vicarious trauma,” said Boyd.

Dr. Boyd is the Vice President of Diversity & Inclusion at New Haven University. He formerly served as the director of the university’s center for advanced policing. He also has 14 years of law enforcement experience.

Dr. Boyd suggests the phrase is deceptive and hurtful.

“To add the term ‘unarmed black man’ implies most other Black men are armed because we have to put the qualifier in there to give the victim some level of victimhood. As opposed to (saying) a Black man or just a man or just a citizen is shot and killed by the police. We have to add ‘unarmed’ for certain people to decide maybe we should kinda look at this differently. And I think that’s problematic,” he said.

Equally as problematic is the narrative that if the victim of a police shooting would have just complied faster or would have somehow appeared as less of a threat the outcome would be different.

“There’s no level of respectability that can prevent these kinds of things from happening. Even people who aren’t supposedly respectable, whatever that means, don’t deserve this kind of treatment,” Morgan said.

Dr. Morgan’s upcoming book “Laughing to Keep from Dying: African American Satire in the Twenty-First Century” is expected to be released November 2020.